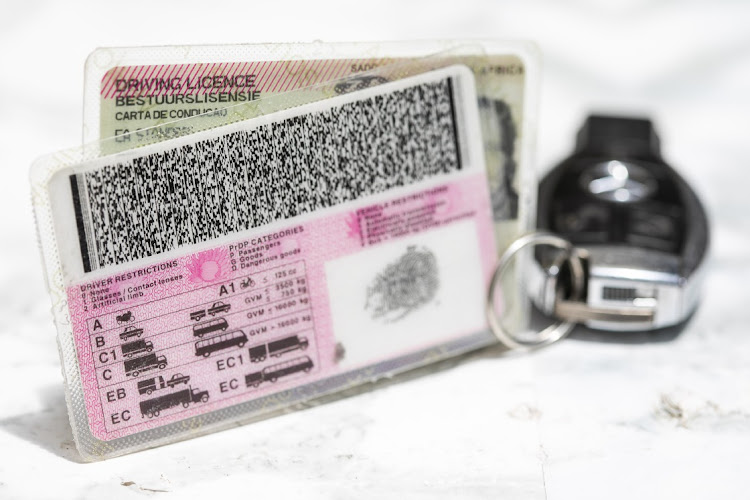 Transport minister Fikile Mbalula indicated in February that the total backlog of licences that will have expired by March 31 and that have to be renewed stands at 2.1-million nationally.
Image: Gallo Images

A crisis is looming as the deadline for the renewal of driving licences arrives on  Thursday, March 31 but with hundreds of thousands of drivers who have still not applied for their new cards. The Automobile Association (AA) has again appealed to the minister of transport to reconsider the government’s refusal to extend the deadline, and to make provision for a longer renewal period.

In August last year, minister Fikile Mbalula announced that driving licences which expired between March 26 2020 and August 31 2021 will be valid until March 31 2022. In February,  Mbalula indicated that the total backlog of licences that will have expired by March 31 that have to be renewed stands at 2.1-million nationally.

“Given the recent problems with the production of driving licence cards, and issues around driving licence testing centres (DLTCs) and online booking systems, we believe it’s unrealistic to expect that this enormous backlog will be cleared by tomorrow; this leaves hundreds of thousands of drivers without the necessary documents to be on the road legally. Unless traffic law enforcement understands these issues — and finds a suitable way of addressing them — we may find a huge spike in the number of traffic fines issued to motorists in the next couple of weeks and months,” said the AA.

In addition, the association says, motorists may find themselves affected from an insurance perspective if they are involved in crashes.

“Insurers may repudiate claims if motorists are driving with expired licences. Though those who have applied for new licences are covered through an extension of the validity of their licences, there are still many drivers who have not applied for renewed licences for various reasons beyond their control.

“Government’s priority should be to provide an environment conducive to renewing these documents, and to provide the necessary backup systems to ensure timely production and delivery. This is now not the case in the majority of DLTCs and is creating a situation that will, effectively, criminalise those who could not apply for renewals through no fault of their own,” the AA says.

The association says the only practical solution now is for the government to further extend the renewal period, and to ensure all DLTCs and systems are geared to accommodate the backlogs.

“Failing this, motorists will unfortunately make the decision to drive illegally as they still must remain mobile, whatever the consequences. This is a situation which suits no-one.

“Extending the deadline will indicate a willingness by government to deal effectively with the backlogs and will show that it understands the limitations of its structures. Along with extending the deadline, the government must now urgently finalise plans to extend the validity period of driving licences from five to 10 years,” says the AA.

Mbalula in February indicated that research is being conducted into extending the validity period of driving licence cards from the current five-year period.

“This research should now be completed and is, in our view, the most practical way forward. It’s now incumbent on the government to implement this change as a pragmatic way of dealing with driving licence issues now and into the future,” said the AA.

Fuel taxes should be put on hold, government told

Tesla poised for $85bn gain in value on stock-split signal

Tesla was on pace to add about $85bn in market value on Monday, more than Ford's total market capitalisation, after the electric-vehicle maker said ...
Motoring
3 months ago