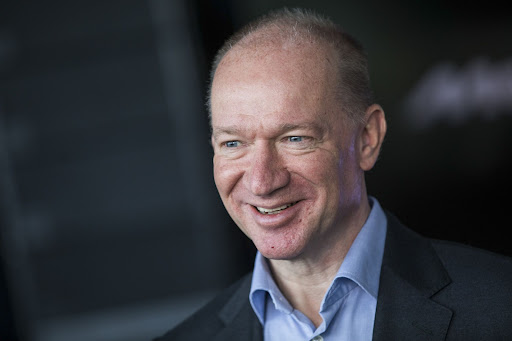 Flying taxi pioneer Vertical Aerospace Ltd has recruited former McLaren supercars head Mike Flewitt to its board as the UK firm moves closer to starting production of the futuristic craft.

Flewitt, who made a surprise exit as CEO of McLaren Automotive Ltd in October after eight years in the post, will bring “deep industrial and manufacturing expertise” to Vertical at a key point in its development, the Bristol, England-based company said on Tuesday.

Under Flewitt, McLaren made the transition from being a renowned Formula One racing team that made occasional streetcar models to an established producer of luxury supercars. Vertical has racked up more than 1,400 outline orders for its VX4 flying taxi but needs to industrialise the programme as it prepares to begin test flights and targets service entry by 2025.

Flewitt said in an interview there are close parallels between race cars and electric vertical takeoff and landing craft in that both need to strip out weight to maximise performance – speed in the case of race cars and range and capacity for flying taxis.

Vertical and McLaren are both also focused on design and technology while relying on bigger companies for many aspects of development, he said, with the eVTOL firm’s partners including Honeywell international Inc, Rolls-Royce Holdings Plc, Microsoft Corp  and GKN.

“It will be a learning curve for me but there are definitely similarities between the two sectors,” Flewitt said.

“Plus I’m really a manufacturing guy and Vertical is somewhere that I can bring that to bear. Production volumes are also going to be closer to sports car levels and higher than you typically get in aviation once this gets going.”

Vertical Aerospace plans to begin test flights later this year, with the programme culminating in trials with Virgin Atlantic Airways Ltd in the spring of 2024.

The company said separately on Tuesday during the Farnborough International Airshow in southeast England that it had selected flight-simulator manufacturer CAE Inc as its pilot-training partner for the VX4. It has also teamed up with Babcock International Group Plc to explore new applications for the craft, like providing emergency medical services and cargo transportation.

Rare collection of racing memorabilia and scale models up for auction

A private estate motorsport museum in SA comprising a vast collection of racing memorabilia and hundreds of display-quality scale-model racing and ...
Motoring
3 weeks ago