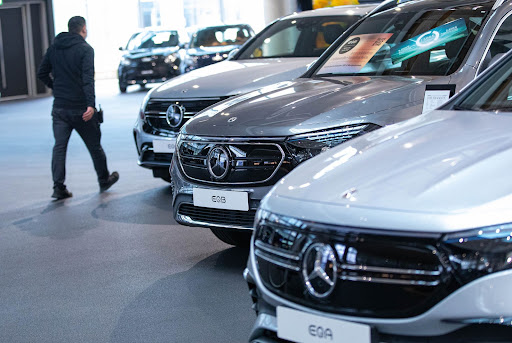 Mercedes-Benz AG raised its outlook, expecting more new models will keep it racing to meet demand during the rest of the year.
Image: Bloomberg

Mercedes-Benz AG raised its outlook, expecting more new models will keep it racing to meet demand during the rest of the year.

The automaker pointed to “solid” orders and “healthy and high-quality” demand for vehicles like the flagship electric EQS while reporting better-than-expected second-quarter earnings Wednesday. A new SUV version of the model will join the line-up later this year and help bring in more buyers.

“We see healthy demand across all main markets,” CEO Ola Kallenius said on a call with analysts. “Maybe it’s a result of being in the third year of artificial constraint from the semiconductor shortage.”

While outlining a solid few months ahead, Mercedes chimed with other major manufacturers with concerns about high inflation, supply-chain problems and a worsening energy supply crisis in Europe. Carmakers continue to battle a dearth of chips that has led to widespread production halts. Most manufacturers are seeing signs of the logjam easing, though they’re still far from assured to procure enough of the hi-tech components.

At Mercedes, deliveries fell 7% during the second quarter because of a lack of chips and other logistical challenges.

Empty dealer lots have allowed carmakers to do away with typical heavy discounts and prices for used vehicles have also ballooned. Mercedes, like other automakers, has prioritised production of their most lucrative models, a strategy that is also in line with the company’s shift to more high-end cars to rival electric leader Tesla Inc.

Mercedes also has taken further steps to keep its operations running due to the threat of gas rationing in Germany after Russia’s decision to cut supplies through a key Baltic Sea pipeline have raised fears of an abrupt halt of deliveries during winter. The Sindelfingen plant, where the company makes the high-end S-class and Maybach, can now function without natural gas, a fuel typically used in automaker’s paint operations.

“We can, in some circumstances, replace gas with oil, and also we’re looking at a bundle of efficiency measures,” Kallenius said in an interview with Bloomberg Television. “We’re preparing ourselves for some uncertainty, for scenarios, and trying to make our operations more resilient.”

Should gas become scarce, the company will be able to continue full operations with half of its usual supply if German authorities allow it to pool the fuel between plants in the country. That would entail giving the company credit for reducing gas usage at its Stuttgart plants, for example, and not ordering a cut in consumption at its Bremen factory, even though there’s no physical sharing of gas supplies among the facilities.

Peugeot plans to expand its Landtrek bakkie range in SA with the aim of capturing a 10% share of SA’s bakkie segment by 2025.
Motoring
3 weeks ago