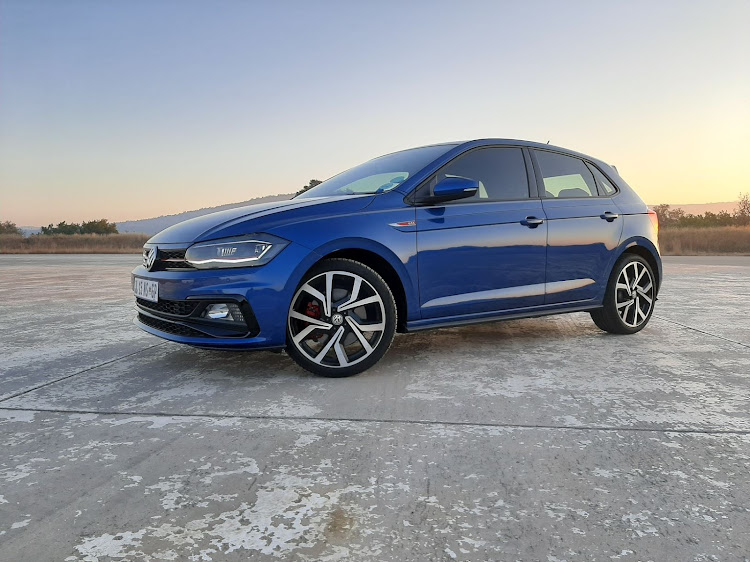 In the last update about our Volkswagen Polo GTI, we complained of a persistent squeak from the rear.

The blue German recently went for its first visit to the dealer. The masked service technician (great name for a superhero) strapped himself into the rear left passenger seat for a short drive around the block to identify the culprit.

We had not even exceeded 30km/h when he said he could already hear what sounded like a family of mice.

The problem? A truly innocuous one, it turned out: the space-saver spare wheel was loose, with relentless chirping produced as it rubbed against its polystyrene housing. The fix was simple. He refastened the rubber hoop and placed a sliver of foam between it and the mould.

“No job card and no charge for this,” the technician explained, as it had been such a minor appointment. But we did take full advantage of the complimentary car wash and interior sanitisation. The GTI was squeak-free, squeaky clean and ready for its biggest challenge yet since it arrived in April.

The challenge was to prove its athletic credentials at the vehicular torture chamber that is the Gerotek Test Facility in Tshwane, owned by Armscor.

There was only one person to call on for tutelage in the fine art of timed performance-assessing. None other than Denis Droppa, group motoring editor at Arena Holdings and editor-in-chief of Business Day Motor News.

One estimates  he has put literally thousands of vehicles through their paces at the proving ground throughout a decorated career evaluating automobiles.

Tagging along on an icy Thursday morning, me and the little Polo also bore witness to a thrilling duel of C-segment hatchbacks in the works. Droppa and senior writer Phuti Mpyane were mediating a showdown between the Hyundai i30N and Renault Mégane RS 300 Trophy.

Before that commenced, my GTI would warm-up the VBOX telemetry equipment. The manufacturer claims a sprint time of 6.7 seconds for the car.

After five runs dispatching the 0-100km/h dash, the quickest time, according to the data, was 6.64 seconds, while the slowest time recorded was 7.07 seconds. It handled the quarter-mile in 14.99 seconds.

Launching it effectively proved foolproof: engage Sport via the driving mode toggle, tip the DSG shifter down to “S”, foot on the brake, foot on the accelerator, pull back your left leg and go.

The electronic stability programme offers a setting with a more relaxed grip on things – hit the corresponding button once and this state is initiated.

That six-speed, dual-clutch automatic undoubtedly made light work of transmitting the 147kW and 320Nm produced by the boosted 2.0-litre.

Its superiority over three pedals was confirmed when the acceleration figures recorded by the far more powerful manual Hyundai seemed pedestrian by comparison. Not surprisingly, with the inclusion of this fast-paced outing, our long-term consumption went up just a tiny bit since the 8.8l/100km indicated by the on-board computer in our June 17 update. An economy run of sorts could be in order for update five.

In nearly six years of serving the publications owned by this fine company, one has had the privilege of inducting and bidding farewell to a decent ...
Motoring
1 year ago