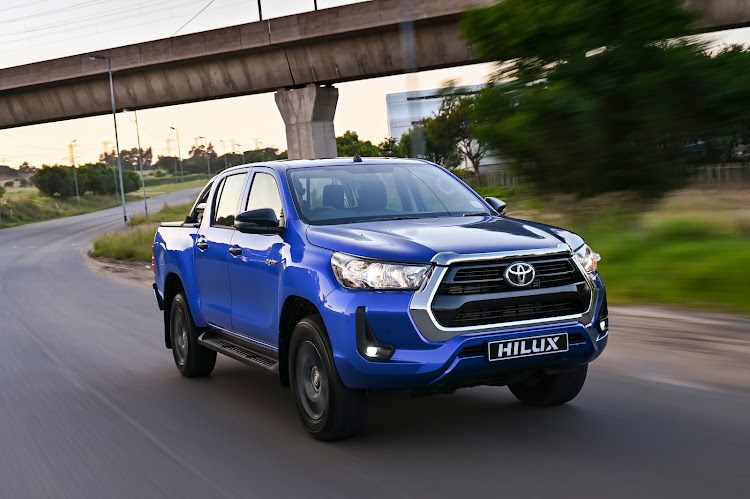 The Toyota Hilux is as envied as it is worshipped. Those committing the former act are, of course, the custodians of the rivals in the space. Ford, Isuzu, Nissan, Mitsubishi and Volkswagen: they all have competent players in the game, but none of them have ever really toppled this Japanese stalwart from a sales perspective.

Toyota has, over decades, cemented the success of the hardy Hilux, a feat owed in part to the vastness of its dealership network, covering even the most arcane parts of the nation.

And even though the identity of the Hilux is rooted in hard work, agriculture and other industries, the upper-tier double-cab versions of the latest version do a decent job of evincing a sense of, dare we say, plushness – in some aspects, anyway.

We recently spent a week with the Hilux in two guises. First up was the Raider for four days, followed by the grander Legend for three.

The 2.4 GD-6 4x4 Raider that arrived looked pretty dazzling in its shade of Cosmic Blue. It would accompany me on an administrative errand to Fochville, in the far-flung corner of Gauteng that basically straddles the Free State. In these little towns you see bakkies of all varieties. Livestock haulers with rails, light pick-ups doing deliveries, battered ones with sagging rear suspension and clean ones that clearly enjoy easy lives taking the family to church on Sunday. 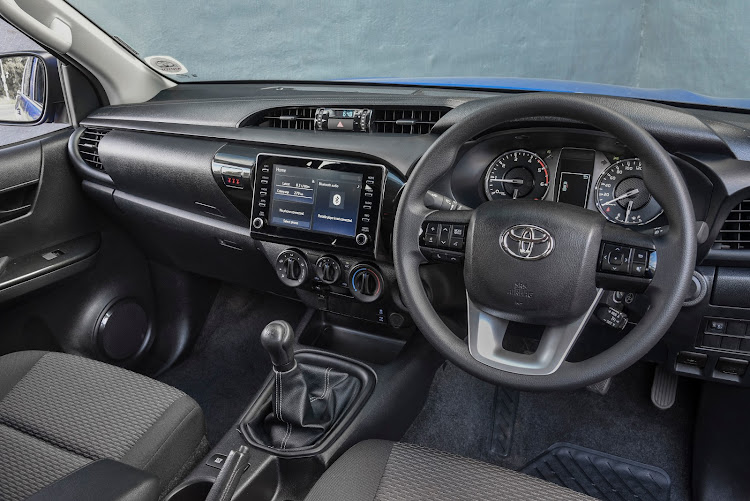 Our Hilux garnered respectful stares, cruising down the bustling main street. My elbow may or may not have been protruding over the window sill – it seems like the way people drive pick-ups in such parts.

My other arm was busy working through the six-speed manual, with shifts that engage in a clunky manner. Which is fine. Maybe we motoring journalists are a little too caught up in the belief that everything needs to be soft-touch, buttery-smooth, marshmallow-padded.

I felt like I was active in operating the Hilux, grafting to earn the rewards of the 2,393cc turbocharged-diesel motor. It produces a hearty 110kW and 400Nm, with a truck-like idling tone that becomes a bellow as you open it up.

Inside, the Raider is identified as one of the blue-collar members of the Hilux stable by its cloth seats and urethane steering wheel. But it had every other amenity the average person would want, including cruise control, a reverse camera and an infotainment system supporting Android Auto and Apple Car Play.

My girlfriend lamented the lack of a vanity mirror on the passenger side. The razzle-dazzle of the range-topping 2.8 GD-6 4x4 Legend RS automatic hushed her somewhat. And raised one of her neatly-sculpted eyebrows when I explained that RS stood for “roller-shutter” and was not a reference to rally-linked performance credentials. You really cannot make this stuff up. 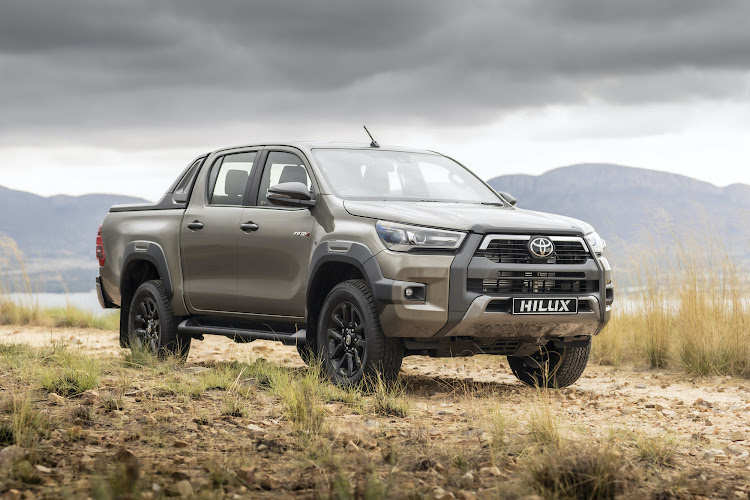 That aside, the Legend left a positive impression. Power from the 2,755cc turbocharged-diesel engine has been bumped up to 150kW and 500Nm, shunted through a six-speed automatic. It feels strong.

Ride quality in the top-grade Hilux still errs on the jittery side of life. While steps have been taken to smoothen things out, there are certain peers in the category that still manage a better job.

High marks can be awarded to the interior decorators: the updated Hilux features swankier materials and elements that lend a decidedly upmarket feel. Other highlights include a lane-departure warning and pre-crash warning systems, plus adaptive cruise control.

It is hard to disagree that the Legend looks the part, with its rugged body armour, rear style bar and meaty 18-inch wheels. The black-on-black paint scheme sported by our car offered an ominous, apocalypse-ready type of feel. There is no denying that some rivals pip the Toyota Hilux for overall sophistication and refinement, but that has no bearing on its market leadership and probably never will.

When it comes to factors such as dependability, resale value and the earlier-mentioned network of dealers, the package is hard to beat. 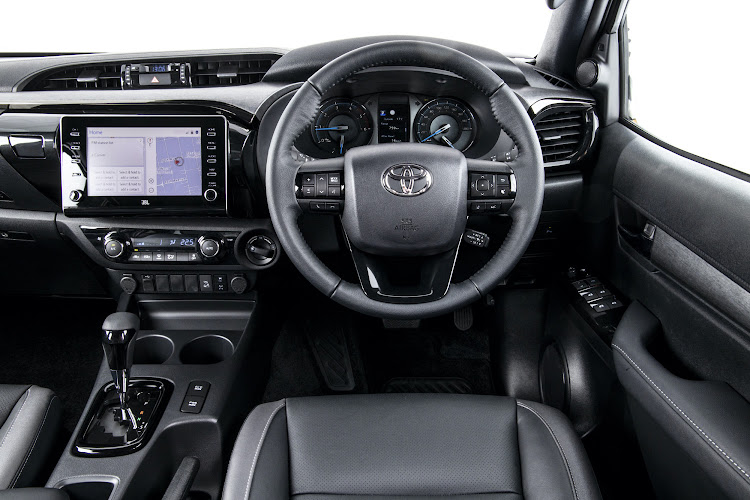 By the measure of the thumbs-up the test car received during its stay, seemingly Mercedes-Benz and public sentiment have come to agree on one thing: ...
Motoring
1 year ago

The Volkswagen Group is a fascinating animal. It is a marvel that, despite the cross-pollination between the array of brands under one roof, each ...
Motoring
1 year ago

The Volkswagen Amarok first came to market in September 2010. Over a decade ago, in other words. And on a personal note, around the same time my ...
Motoring
1 year ago