LONG-TERM UPDATE 3 | Our Corolla sedan gets its 15,000km service 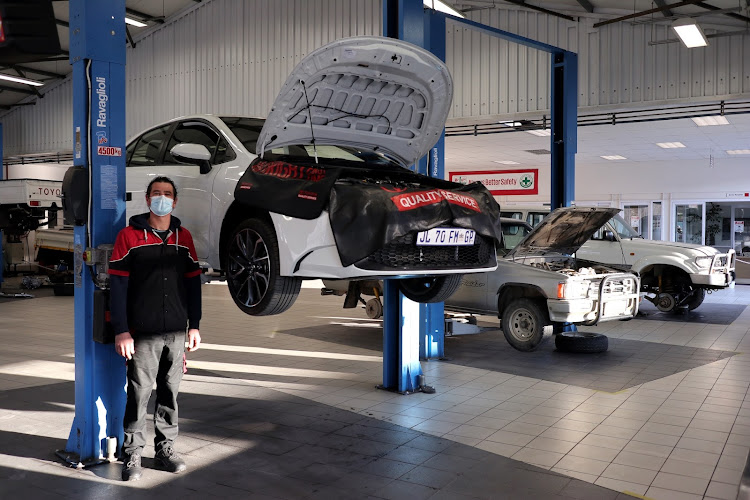 The Toyota Corolla Sedan has been my daily driver since it joined our fleet on June 16. And in this time I’ve racked up a considerable amount of fuss-free kilometres. Indeed, as that age-old adage goes, everything keeps going right. However, last month a glance down at the odometer revealed that JL70FMGP was almost due for its first service.

At the time I happened to be working remotely from the Little Karoo town of Montagu in the Western Cape. Had I been driving something French, Italian or German this would have necessitated a trek out to Cape Town or, at the very least, Worcester. Fortunately, Toyota is a brand that seems to have a dealership in pretty much every “dorp” – a seriously big part of the marque’s local appeal. So I simply rang up Montagu Toyota and booked my steed in for the treatment.

I arrive at 52 Long Street (a two-minute drive from where I stay) at 7.45am and park outside the workshop entrance where I’m met by friendly stand-in service manager Yolandie Kuit, an ex-Gauteng resident who recently traded the hustle and bustle of Alberton for this Route 62 institution famous for its hot springs and dried fruit. 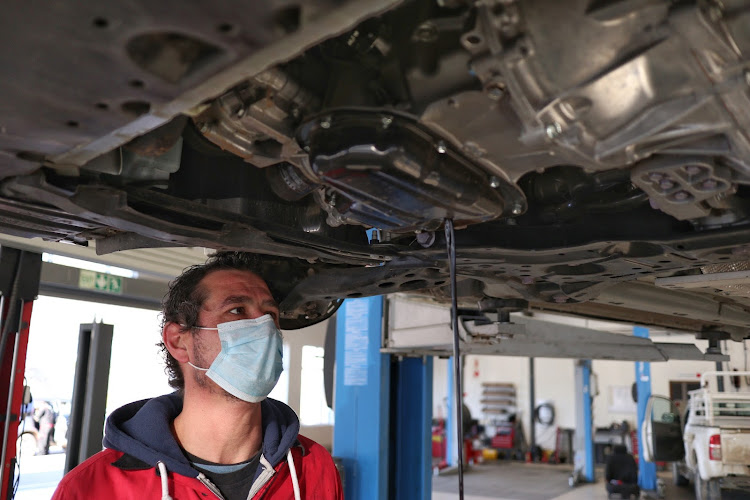 Vosloo waits for the oil to drain.
Image: Thomas Falkiner

After confirming my details and asking if there’s anything else the Corolla needs, other than its scheduled service (there isn’t), Kuit introduces me to technician Daniël Vosloo – the man who’s going to be attending to the Corolla’s oily bits. Tall and lanky with a pair of smiling eyes, he tells me that he used to work on the mines up in Mpumalanga until he found his way to Montagu six years ago. “I’d always wanted to work for Toyota so getting this job here was a dream come true,” he says.

After giving me a quick tour of the spotless workshop, Vosloo busies himself with putting the Corolla up on one of the four lifts and I’m ushered on over to the waiting area where a mug of hot coffee and a copy of Die Burger awaits. So far so good, then. I answer emails on my laptop, update TimesLIVE Motoring with some #content and then introduce myself to Montagu Toyota dealer principal, Attie van Zyl, who tells me a little bit about his business.

“I grew up in Bonnievale and my dad used to farm,” Van Zyl explains as I investigate the backstory. “But then he thought he would like the motor industry better and so in 1988 he bought two dealerships – this Toyota one and a Nissan dealership. I started working here in 1997 and spent a year as a salesman until the manager retired and I took over in 1998. Back then it was an old building, almost run down, so we had to slowly start renovating it. In 2008 we revamped the front and the showroom and then in 2015 we added on a new workshop.” 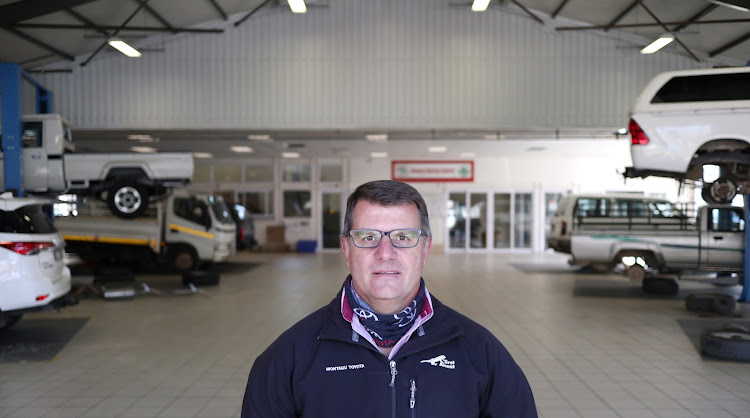 Since Van Zyl has been at the helm, he’s seen Toyota’s market share grow in the area and edge out rival manufacturers such as the once-dominant Isuzu. According to him, with new and used car sales combined, his Montagu-based dealership is shifting about 25 units a month, the bulk of which consists of the Hilux, Fortuner and Land Cruiser 70 series.

“The new Urban Cruiser is also proving popular,” Van Zyl tells me. “There are a lot of people who stay here in town but have family living out on the nearby farms, so for them a little crossover like the Urban Cruiser works a lot better than a sedan over all the gravel roads.”

“In little towns like this it’s crucial – especially with the farming community. Farmers can’t leave their bakkie here for a week to get serviced or repaired because it’s a tool they use every day. As such, we’ve got three courtesy bakkies for farmers to use should they need them.” 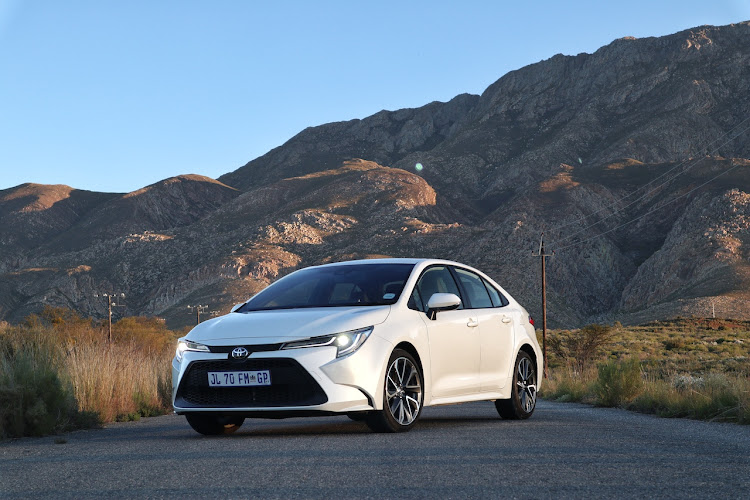 Our refreshed Toyota Corolla sedan back on the road after its service at Montagu Toyota.
Image: Thomas Falkiner

Despite this understandable agricultural focus, Montagu Toyota is fully equipped to deal with more performance-orientated vehicles such as the GR Supra and 86. Hybrids are also catered for, which bodes well for the upcoming Corolla Cross that uses the same Hybrid Synergy Drive system as the Prius. Van Zyl tells me that his dealership recently invested in a wheel alignment lift, in addition to supplying tyres. “We try to offer our customers a one-stop shop with everything available under one roof,” he says. Clearly my Corolla is in good hands.

Speaking of which, JL70FMGP eventually emerges from the wash bay two-and-a-half hours from the time technician Vosloo first steered it into the workshop. Aside from a full valet both inside and out (most welcome after all my time spent on the road), the engine oil has been replaced and all necessary filters renewed. The brake fluid has also been refreshed. All of which culminates in a stamp in the service book and a total invoice (including VAT) of R3,155.65. Not that I had to pay a cent, as the Corolla comes standard with a six services/90,000km service plan. Yeah, it really is stress-free convenience motoring at its best. Especially when you’ve got such an expansive and far-reaching chain of factory dealerships at your disposal.

As for Montagu Toyota, well, I wholeheartedly recommend them. From their welcoming and attentive service, pristine premises and snappy turnaround time, getting my Corolla Sedan serviced here was a pleasure from start to finish. Whether you're a Hilux-brandishing local or a weekend visitor in a RAV4, you can trust Attie van Zyl and his team to get the work done.

GRIPES: I’d be splitting hairs at this moment in time

Things were getting dicey in Johannesburg. The third wave was beginning to crest and the hospitals were, going on various media reports, struggling ...
Motoring
11 months ago

Sowetan Motoring has taken delivery of its new long-term test car: a Toyota Corolla sedan. In the past this would have been akin to a tech ...
Motoring
1 year ago

So my month-long tenure with the Prius recently came to end. And I must say that I was rather sad to see this quirky hybrid roll out of my driveway ...
Motoring
1 year ago