Military leaders took hold of the government on Monday and detained President Roch Kabore after two days of unrest and antigovernment protests. 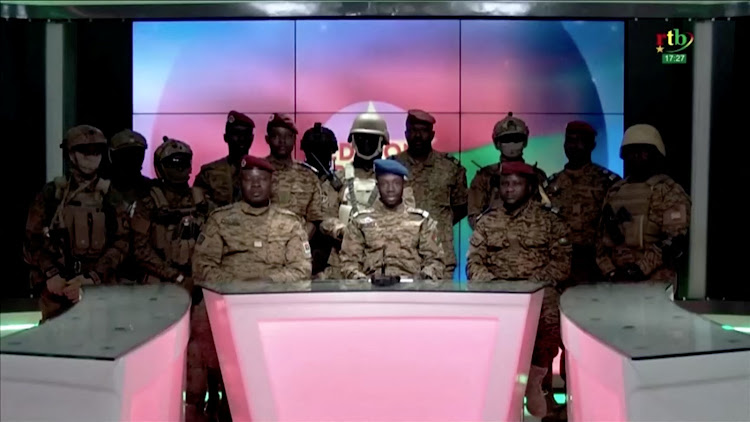 Burkino Faso coup Military leaders announced that they are taking over the government of Burkino Faso on January 24 2022.
Image: Screenshot

Economic Community of West African States (ECOWAS) leaders will hold an emergency summit on Friday to discuss the political crisis in Burkina Faso.

This comes after the military coup in Burkina Faso on Monday which removed and detained President Roch Kabore after two days of unrest and antigovernment protests. Kabore was serving a second term as president. He was re-elected in November, with 58% of the vote.

Since gaining independence in 1960, Burkina Faso has experienced several coups. The 1980s were a particularly volatile period with the leadership changing frequently, almost every two years.

The country has also been dealing with economic instability and dire poverty over  the years and these factors have been made worse by ongoing fights against extremist groups operating in the country.

Burkina Faso's army said on Monday it had ousted president Roch Kabore, suspended the constitution, dissolved the government and the national ...
News
3 months ago

Thirty-four South Africans who have been stranded in Morocco for seven weeks, as a result of a ban on international travel caused by the Covid-19 ...
News
2 years ago