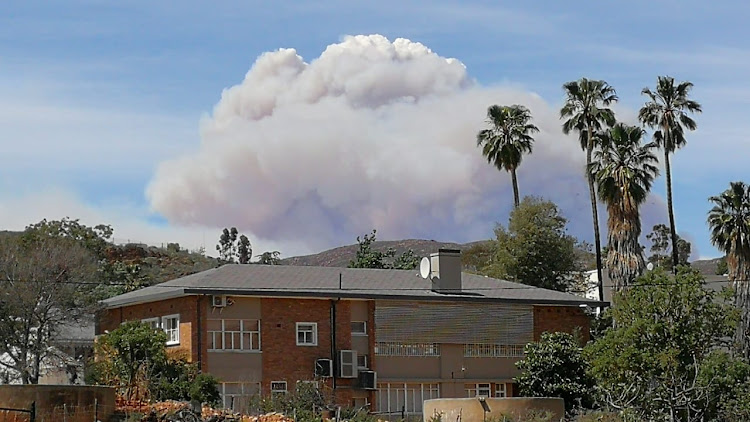 Dense smoke from the Garden route fires can be seen in Buffelsnek, which is north of Sedgefield.
Image: Deon Van Wyk

Hundreds of people have been evacuated in the Garden Route as one of the country's biggest fires rages out of control.

Gerard Otto, head of disaster management at the Garden Route Municipality, said 252 residents, including six babies, had been evacuated from towns in the fire's path as a precaution.

"Those who have been evacuated are from towns in the Goudveld area as well as from Jonkersberg, and Buffelsnek."

He said another 300 people, living in the Diepwalle area, had been placed on standby to be evacuated should the winds shift and drive the fire towards their homes.

Otto said dense smoke, which had reduced visibility, was making it impossible to fight the fire from the air.

"At this point only the military's Oryx helicopters, which have the necessary instruments, can fight the fire from the air.

"This is by far the country's biggest fire in a populated area to have occurred. We have more than 85,000 hectares that are burning. In last year's Knysna fires, which were four times smaller than this fire, 22,000 hectares were destroyed."

He said the fire was at least 35km wide and had a front of more than 180km.

"It is a truly massive fire." 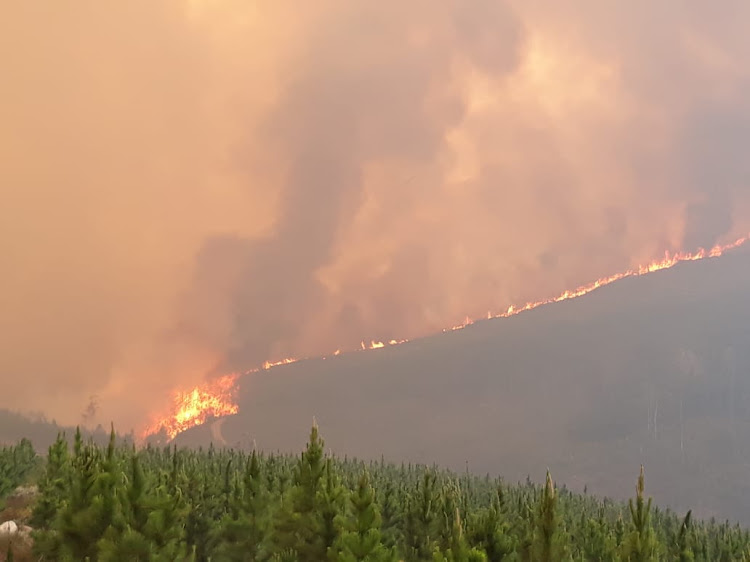 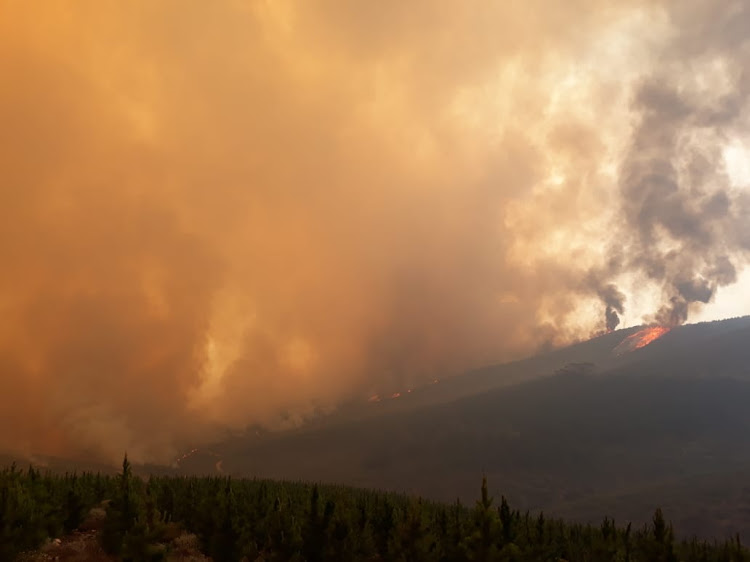