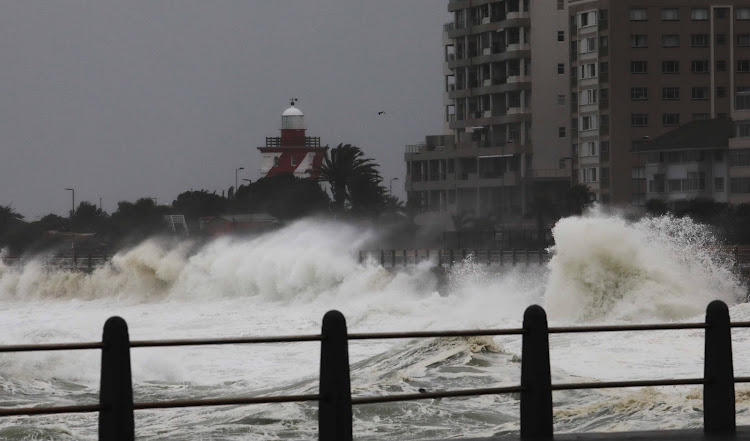 While bad weather hammered Cape Town, police divers searched for a girl and a man who were swept away in a canal.
Image: Esa Alexander

Police divers are still searching for a girl and a man who were swept away in a Cape Town canal.

The search continued over several kilometres of the Black River on Friday as rescuers believe the pair were swept into the river after falling into a canal in Belgravia Estate, Athlone.

On Thursday, fire crews and divers were alerted after a child fell into the canal at 1.20pm.

Cape Town fire and rescue services spokesperson Jermaine Carelse said residents told the officer in charge  a man had jumped in to save the girl, and he was also swept away.

“Members of the Ottery fire crew positioned themselves in Klipfontein Road, across from the Mary Harding School, while Epping's crew was at Kudu and Hickory streets, and at Loerie and Cornflower street, and divers at the sewerage plant. Police divers were at Buckner Road in Hazendal,” said Carelse.

The canal runs underground for a few hundred metres, and a buoy was thrown in to indicate the most likely exit point. It emerged at Koedoe and Hickory roads, said Carelse.

The search was called off by the dive supervisor at 4.35pm on Thursday because of  bad weather. It resumed at 10am on Friday.

“The city's fire and rescue dive unit from Roeland Street fire station and police divers met at the sewerage plant and searched the area up to the Black River, near Berkeley Road,” said Carelse.

“The search was suspended at 1pm. The divers stopped their search opposite the intersection of Black River Parkway and Berkeley Road because of thick undergrowth in the river.”

Police divers are expected to continue the search once the undergrowth and debris have been cleared.

Body found on Table Mountain is that of missing runner: search and rescue

Ken Stephen had been missing since Monday afternoon, when he went for a run on the mountain.
News
1 year ago

Nearly 300 people have volunteered to continue the search for Cape Town trail-runner Ken Stephen, who disappeared on Table Mountain on Monday.
News
1 year ago