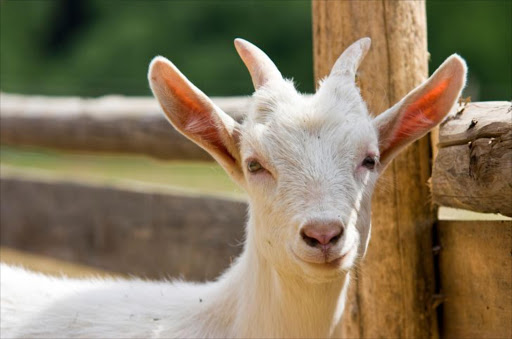 A Zimbabwe man who caught two goats having sex, beats up male goat, and was caught raping the female goat.

According to myzimbabwe.co.zw, Fortune Moyo, a 23-year-old herdman, was convicted after pleading guilty to bestiality.

The court heard that Moyo, a widower, was caught with his pants down after he got sexually aroused on seeing the animals mating.

Moyo, who claimed to have been possessed by evil spirits, chased away the male goat and took over its role before he was caught in the act by another herdman.