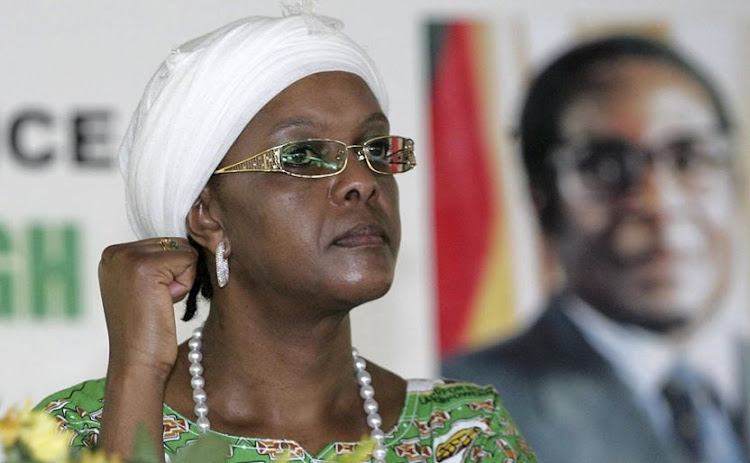 Zanu PF's Grace Mugabe could be well positioned to take over from her husband‚ President Robert Mugabe.

Despite earlier utterances that she had no aspirations towards a cabinet post because she was already the president by virtue of being Mugabe's wife‚ recent developments indicate otherwise.

The party's 10 provinces agreed unanimously at the weekend that in December‚ the party should have an extraordinary elective congress. At the congress‚ the provinces will resolve the succession issue that has divided the party for the greater part of this year.

"We have been advocating having one of the vice presidents being a woman‚ and the December congress will help us resolve the issue‚" said Women's League chairwoman Estry Mlambo-Madhuku. Grace Mugabe is the Women's League secretary.

Zanu PF originally had its Annual National People’s Conference scheduled for December‚ with its next regular elective congress due in 2019.

If Grace ascends to a vice presidential post‚ it would mean that embattled vice president Emmerson Mnangagwa will be relegated‚ because his counterpart‚ Phelekezela Mphoko‚ is there due to a 1987 unity accord ticket between Zanu PF and Zapu.

Mnangagwa leads one Zanu PF faction‚ while Grace is the face of a group of relatively young Turks by the name of Generation 40.

The two factions have been trading barbs – openly and behind closed doors – at the party's central decision-making body. During a rally‚ Grace openly attacked Mnangagwa‚ saying he served purely at her husband's will.

However‚ despite the extraordinary congress taking shape‚ President Mugabe will seek re-election on a Zanu PF ticket next year – although possibly with his wife as a running mate.

"Our presidential candidate is still president Robert Mugabe‚ but we want him to have trustworthy people around him‚" said Ronald Ndava‚ on behalf of the Masvingo province's publicity portfolio.

Zimbabweans waited with anxiety as President Robert Mugabe reshuffled his cabinet on Monday night‚ to see the new balance of power between factions ...
News
4 years ago