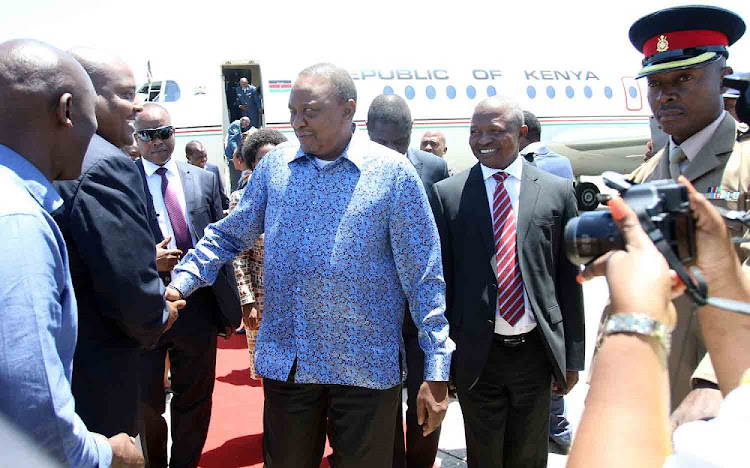 Kenya’s President Uhuru Kenyatta has arrived in East London to attend the ANC’s 106th anniversary at the Buffalo City Stadium on Saturday.

He is one of the dignitaries who will grace the ANC’s annual event‚ which will also be attended by the former head of the ANC‚ President Jacob Zuma.

Kenyatta arrived in the country early this week for a state visit and met Zuma on Thursday at the John Dube state house in Durban.

Saturday’s events at the stadium start at 7am and the ANC’s new president‚ Cyril Ramaphosa‚ is expected to make his address at about 11am.

The ANC’s national executive committee (NEC) has resolved that the party must implement its resolution on land expropriation without compensation ...
Politics
3 years ago

South Africa and Kenya are expected to conclude several bilateral agreements that will expand and deepen the partnership between the two countries ...
Politics
3 years ago

'Hold on to your girlfriends‚ the ANC is in town'

As the newly elected ANC leadership grapples with serious issues‚ social media is poking fun at the gathering in East London and warning that ...
Politics
3 years ago
Next Article