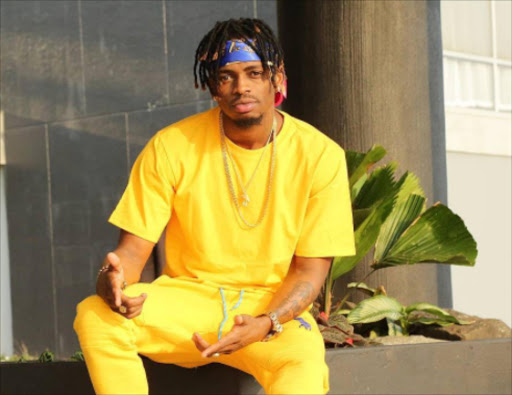 Tanzania briefly detained two musicians, including one of the country's most popular singers, after they posted video clips deemed obscene by the authorities, in the latest crackdown on social media users.

Award-winning 28-year old singer Nassib Abdul, whose stage name is Diamond Platnumz, was detained on Monday after sharing a video clip with his 4.5 million followers on Instagram that showed him kissing a girl.

Another local musician, 26-year old Faustina Charles, popularly known as Nandy, was also detained on Monday for posting a video clip of herself and another musician via WhatsApp that the authorities considered "indecent".

Police said both singers had been released on bail on Monday without charge after questioning. Two mobile phones were confiscated as part of an ongoing investigation, they added.

Diamond deleted his video clip after posting it but it has continued to circulate on social media. The video clip with Nandy also went viral on WhatsApp but it was unclear who had originally posted it.

Harrison Mwakyembe, the minister for information, sports and culture, earlier told parliament that the authorities planned to file criminal charges against the two musicians.

If convicted, the singers could face a fine of at least 5 million shillings ($2,200) or a prison sentence of a minimum of 12 months or both.

"I would like to urge the youth to stop using the internet to post obscene content. The government will continue to safeguard the country's culture for present and future generations," Mwakyembe said.

Under Magufuli, a Christian in a country that also has a sizeable Muslim population, Tanzanian authorities have vowed to crack down on homosexuality, which is illegal, and indecent exposure.

Though laws governing moral and sexual issues have mostly long been in place, their enforcement was fairly relaxed under the more liberal government of Magufuli's predecessor, Jakaya Kikwete, who retired as president in 2015 after a 10-year rule.

Magufuli said last year it was immoral for young girls to be sexually active and rejected activists' calls for the government to allow pregnant students to attend state schools.

Activists have accused his government of infringing free speech and democracy in its crackdown on internet users.

The number of internet users in Tanzania rose 16 percent in 2017 to 23 million, with the majority of those using their mobile phone handsets to go online in the nation of around 52 million people.

The world has made tremendous progress in bridging the gap between water supply and demand.
News
3 years ago

'Bulldozer' gets things moving in Dar