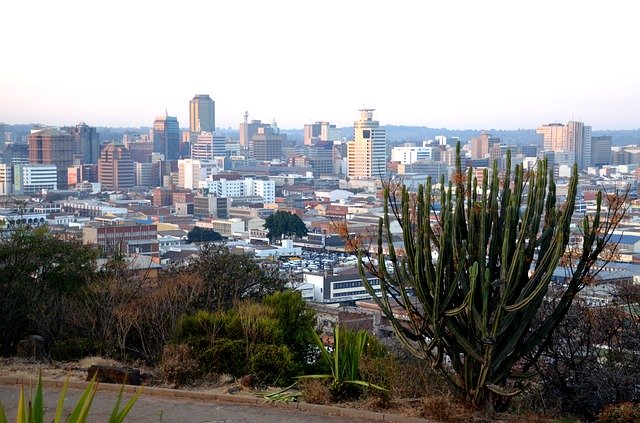 Zimbabwe will adopt a coupon system similar to food stamps as citizens in cities such as Harare, above, and rural areas are struggling to afford subsidised maize meal.
Image: Pixabay/toubibe

Zimbabwe will, from next week, adopt a coupon system similar to food stamps amid growing concern that vulnerable groups are unable to access subsidised maize meal.

Addressing journalists after a cabinet meeting, information and broadcasting services minister Monica Mutsvangwa said there was a team compiling a database to ensure the smooth operation of the system.

“A targeted coupon scheme for the vulnerable is in the offing, with the compilation of a database at an advanced stage,” she said.

She added that when the database was finalised after a vetting process, government would then move maize meal to targeted communities, where coupon holders could buy it cheaper. This, she said, was a move to guard the crisis from being hijacked by corrupt people in the maize industry who would make the situation worse for the poor.

A failing economy has forced the government to increase the price of subsidised maize  meal and, in the process, dumping the burden on the less-privileged in communities.

Finance minister Mthuli Ncube said, “Government has reviewed upwards the subsidised price from ZW$50 to ZW$70 per 10kg of roller meal against the prevailing market price of the product.”

In Bulawayo, the deputy minister of industry and trade, who is also a local legislator for Tshabalala-Sizinda constituency, Raj Modi, last week distributed free maize meal to more than 1,000 households in his constituency. He vowed to do more.

The World Food Programme in December appealed for US$200m (about R2.965bn) to help feed half the population of Zimbabwe (8-million people) as the country faces one of its worst humanitarian disasters this century. For the first time, urban communities are also receiving food aid, with an estimated 2.2-million city dwellers and at least 5.5-million people in rural areas facing starvation.

According to a report in November 2019 by Hilal Elver, the UN’s special rapporteur on the right to food, “Zimbabwe counts among the four highest food-insecure states”.

Food aid is turning villagers against each other as charities struggle to stem a rising tide of hunger.
News
1 year ago

The prolonged drought and economic crisis has pushed millions of Zimbabweans closer to starvation in what the UN World Food Programme warned was an ...
News
1 year ago