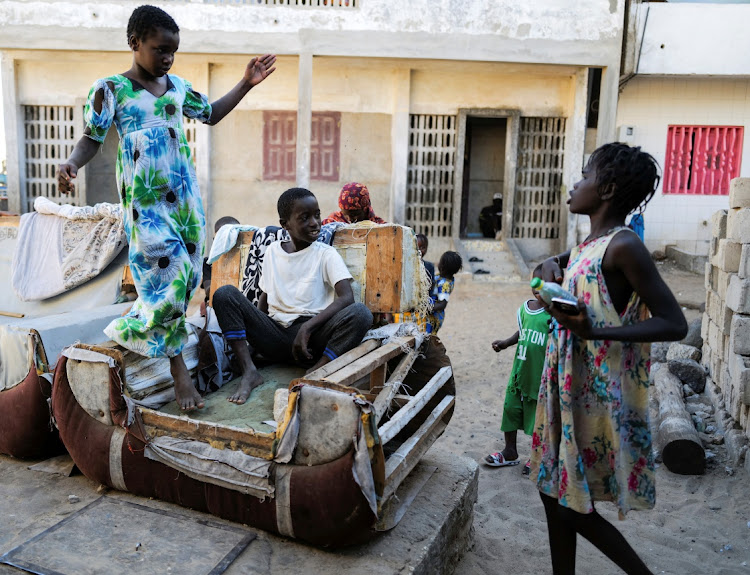 Children gather outside their houses as the spread of the coronavirus disease (Covid-19) continues, in Yoff neighbourhood, Dakar, Senegal January 26, 2021.
Image: REUTERS/Zohra Bensemra

A more contagious variant of the coronavirus first identified in Britain has now been detected in Senegal, its health institute said on Thursday, just as measures to contain the spread of the virus appeared to have stalled a recent surge.

British scientists say the UK variant may be up to 70% more transmissible and also more lethal — with a mortality risk about 30% higher.

“Due to the fact that these variants are transmitted more rapidly, which could explain the speed of spread of the disease in some countries, it is imperative that individual and collective prevention measures be scrupulously applied,” Souleymane Mboup, president of the health institute, said on TV.

The West African country is rushing to provide more hospital beds for coronavirus patients as the infection rate soars, and a lack of capacity means that doctors are only able to admit the most severe cases.

The introduction of a curfew and other measures on January 6 appears to have arrested a steep increase in infections and deaths reported in recent weeks.

Senegal recorded 304 new cases on Thursday, bringing the total number of infections to 25,711, with 614 coronavirus-related deaths reported since the pandemic began.

While Michelle Cerfontyne was completing her medical training last year, the Covid-19 pandemic overwhelmed SA's understaffed public hospitals, so the ...
News
1 year ago

Pfizer Inc and Biotech's Covid-19 vaccine appeared to lose only a small bit of effectiveness against an engineered virus with three key mutations ...
News
1 year ago

Doctors in Zimbabwe have formally appealed for permission to use Ivermectin to treat Covid-19 patients, asserting the drug is part of a combination ...
News
1 year ago