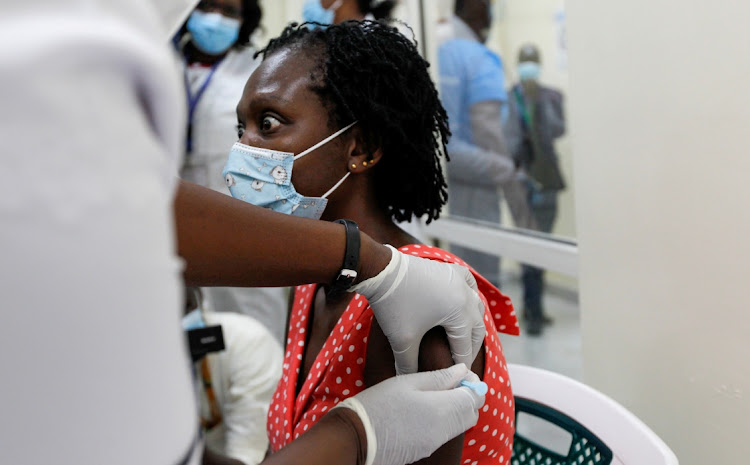 With families unable to earn an income, many girls are being forced into transactional sex - exploited by neighbours, motorbike taxi drivers or other local men - just to buy food.
Image: REUTERS/Monicah Mwangi

A sharp rise in gender-based violence in Kenya during the Covid-19 pandemic has highlighted an urgent need for more shelters to help victims and awareness campaigns, women's rights groups said on Friday.

Cases of violence targeting women and girls - including rape, child marriage and murder - rose 36% in 2020 from a year earlier to just over 5,000, government data showed this week.

The report released by Kenya's ministry of public service, youth and gender was based on the findings of an investigation ordered by President Uhuru Kenyatta last year into rising reports of violence due to lockdown curbs.

Women's rights groups said the real number of cases was likely much higher than the data showed, with many victims reluctant to report crimes due to fear and stigma, and urged authorities to provide more refuges and boost public awareness.

"There are very few shelters available and those that are there are full," said Jean-Paul Murunga, programme officer for End Sexual Violence for the charity Equality Now.

"Just yesterday, I was given a call by a partner charity where their shelter is now full, and there is nowhere to take young girls who they rescued from sexual abuse and trafficking."

The ministry said it had established rescue centres for gender-based violence victims in five counties, adding that there were 36 more shelters run by charities in other parts of the country.

But Murunga said few of the facilities were in operation and were too small to cope with the demand.

Across the world, violence against women increased during pandemic-related lockdowns.

Social and economic strains - compounded by strict limits on movement - have not only made women and girls been more prone to physical and sexual violence, but also more vulnerable to sexual exploitation - particularly in developing countries like Kenya.

With families unable to earn an income, many girls are being forced into transactional sex - exploited by neighbours, motorbike taxi drivers or other local men - just to buy food.

There have also been reports of a sharp increase in teen pregnancies during school closures and mass ceremonies of girls being forced to undergo female genital mutilation (FGM).

"The figures are quite alarming," said Beverly Nkirote, gender justice and programme officer at the Network for Adolescent Youth of Africa.

"We commend the work that the ministry is doing, but we still need to do a lot of work to raise awareness of things like the national hotline number and other places where people can go to seek help. You can only act if you have the information."

But the continent is lagging behind, with less than 2% of Covid-19 vaccines administered globally to date being in Africa
Africa
9 months ago