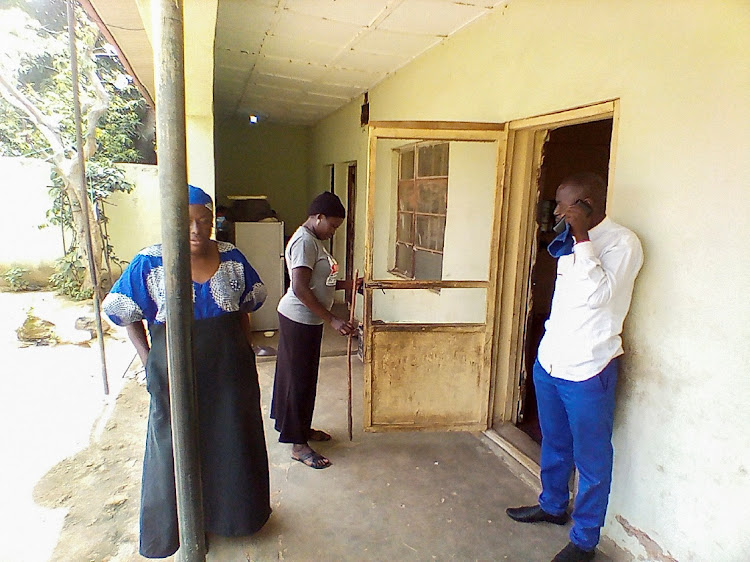 Neighbours of a kidnapped nurse and her baby stand by the door in front of her room at the National Tuberculosis and Leprosy training center in Kaduna, Nigeria July 5, 2021.
Image: REUTERS/Bosan Yakusak

Kidnappers who abducted more than 100 students from a boarding school in Nigeria's Kaduna state warned that the children could starve unless parents supply them with food, parents and the head of the Kaduna Baptist conference said on Wednesday.

The Baptist official said about 125 students are missing, while at least 28 were reunited with their families, after the overnight raid on the Bethel Baptist High School early this week, the 10th mass school kidnapping since December in northwest Nigeria.

Parents of those missing told Reuters that the kidnappers promised the children would be safe if parents delivered rice, beans, palm oil, salt and stock cubes. They said abductors told them that a ransom demand would follow.

“Search and rescue operations (are) ongoing and we strongly believe that these students will safely return to their parents soon,” Reverend I.A. Jangado said in a statement.

The Baptist cleric also confirmed the demand for food.

Nigerian authorities have attributed the kidnappings to what they call armed bandits seeking ransom payments.

Humanitarian agencies warn that the rise in school kidnappings is disrupting the education of hundreds of thousands of Nigerian children.

The United Nations children's agency Unicef estimates that more than about 1,120 schools are closed across northwestern Nigeria. Even where schools are open, some parents are too afraid to send their children. Some 300,000-400,000 students in the region are out of school because of insecurity, Unicef said.

Kidnappings for ransom are also increasing outside schools. Gunmen kidnapped two nurses, one with her one-year-old child, in an early-morning raid on a Kaduna hospital on Sunday.

Kaduna state lawmaker Yakubu Barde warned that some bandits are abducting health workers to treat them in their camps, citing another abduction of two nurses in April.

Yusuf Lado had not yet learned to read or write when his school closed for fear of attacks by armed gangs, which have been snatching students across ...
News
1 year ago

About 150 students are missing after armed men raided a boarding school in Nigeria's Kaduna state, a parent and an administrator said on Monday, and ...
News
1 year ago