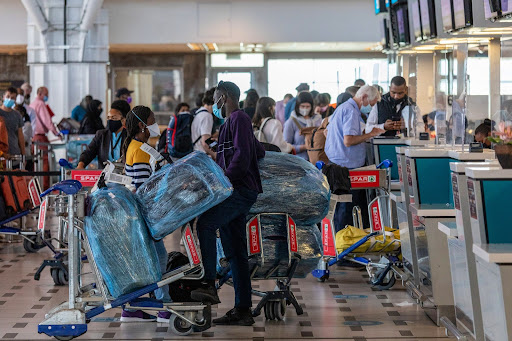 EU member states have agreed to lift the air travel ban on Southern African countries, which will allow more travel to resume.

The decision lifts the so-called emergency brake introduced in November, France, which holds the rotating EU presidency, said in a tweet. Travellers from the region will still be subject to health measures applicable to travellers from third countries, it added.

European nations had suspended most air travel from Botswana, Eswatini, Lesotho, Mozambique, Namibia, SA and Zimbabwe as scientists scrambled to assess the severity of the Omicron variant. The bloc maintained the limits even after cases continued to surge around the world, despite an outcry from the region.

The European Commission last month asked member states to consider lifting the flight ban as soon as possible and move to a pre-departure PCR test when entering the EU, according to a spokesperson for the bloc. Some member states have already eased the restrictions.

The EU co-ordinates travel guidelines within and into the bloc, but member nations are responsible for devising and implementing specific travel restrictions.

Omicron may have a higher rate of asymptomatic carriage, say experts

Preliminary findings from two clinical trials in SA suggest that Omicron may have a much higher rate of asymptomatic "carriage" than earlier variants ...
News
2 weeks ago

SA could be out of Covid-19 fourth wave within 10 or 11 days, says Prof Adrian Puren

Prof Adrian Puren says SA could be out of the Covid-19 fourth wave within 10 or 11 days.
News
2 weeks ago

The Covid-19 travel ban imposed by Mauritius on SA, Botswana, Namibia, Zimbabwe, Eswatini, Lesotho, Malawi, Mozambique and Zambia is being lifted on ...
News
2 weeks ago