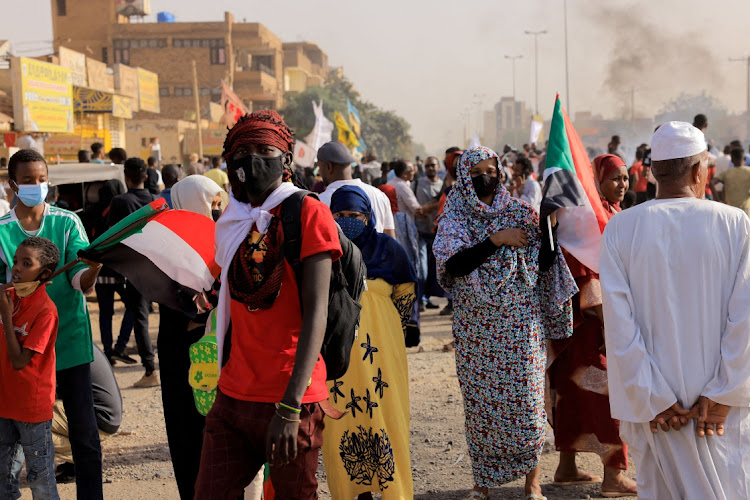 A Sudanese government official said on Tuesday members of the security forces attempted to rape a young woman during a protest against military rule in central Khartoum a day earlier, prompting calls for renewed demonstrations.

Sulaima Ishaq, who heads Sudan’s violence against women unit at the ministry of social development, said the woman, who was not a protester, was on a public bus when forces stationed near the march route fired teargas, causing passengers to disembark.

The woman was then assaulted by several members of the security forces, Ishaq told Reuters, without giving further details.

Police did not respond to a request for comment.

In December, the UN said it had received 13 allegations of rape and gang rape after a December 19 attempted sit-in was dispersed in central Khartoum.

At least 440 people were killed in violence between warring parties in the South Sudanese county of Tambura between June and September last year, the ...
News
5 months ago

Following reports of the alleged assault, committees in the cities of Khartoum, Bahri and Omdurman announced a spontaneous march towards the country’s presidential palace.

One flyer read: “Wars are not fought on women’s bodies.”

The incident comes as the UN and several countries have been critical of security crackdowns which have killed at least 87 people since October. At least 133 people at protests were injured on Monday, including 35 by shotgun pellets, said doctors aligned with the protest movement.

Women have played a prominent role in the latest round of protests, as well as the 2019 protests that led to the ousting of former president Omar al-Bashir.

The Horn of Africa region is facing the driest conditions in more than four decades after three consecutive rainy seasons failed, according to the ...
News
4 months ago

Sudanese protesters decried sliding economic conditions as they marched in cities across the country and the capital Khartoum on Monday in continued ...
News
4 months ago