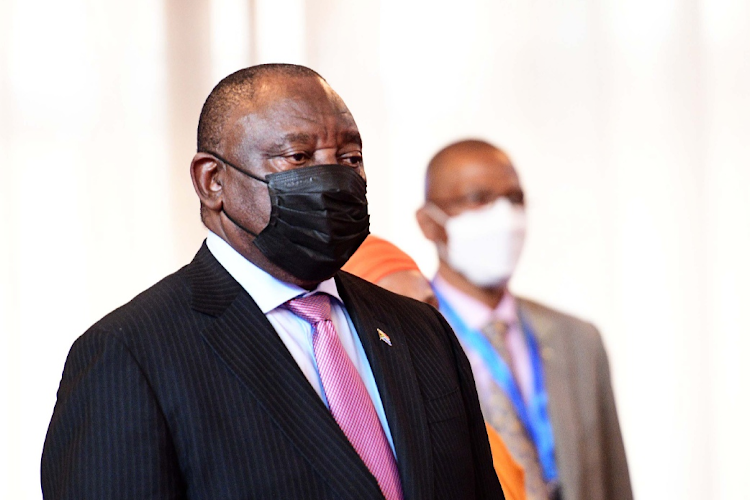 In his capacity as chair of the Sadc organ on politics, defence and security co-operation, Ramaphosa said it had been six months since the approval of the standby force rapid deployment capability mission in Mozambique to combat terrorism and violent extremism in the Cabo Delgado province for three months.

Regional leaders met on October 5 2021 and agreed to extend Samim’s mandate for another three months to January 2022.

Meeting regional leaders for the first time this year, Ramaphosa said: “We also directed the head of Samim in collaboration with the host nation to present a report incorporating, among other things, the current disposition of the enemy, restoration of law and order in recaptured areas and the socioeconomic interventions and humanitarian operations.”

He said the ministerial organ committee had also directed the Sadc secretariat to convene a meeting to develop the Samim exit strategy.

President Cyril Ramaphosa has extended the deployment of SA soldiers to the northern parts of Mozambique, which have been ravaged by terrorists.
Politics
5 months ago

“Since our last meeting there have been developments in the theatre of operation. There have been notable successes in the Samim and, at the same time, some challenges.”

Ramaphosa commended the work the Samim’s intervention member states have been doing on the ground.

“We have also received reports of casualties suffered by Samim and the Mozambican defence force and I would like to express our deepest condolences to the governments of Botswana, Lesotho, Tanzania, Mozambique and SA for the demise of our sons who were lost in the line of duty.”

Ramaphosa said as the leaders adopt the agenda — and are expected to receive a progress report on the decisions taken at the extraordinary summit of the Samim held in Lilongwe, Malawi earlier this year — he was cognisant of the ground that still needs to be covered.

He said he was looking forward to the instructive reports that will guide the regional leaders on their recommendations which will be presented at the extraordinary summit.

What about the devil on our doorstep? The bloody conflict raging in Moz

The government not only ignores Mozambique's bloody insurgency, it doesn't move against its own citizens financing terrorism in neighbouring countries
Opinion & Analysis
4 months ago

Southern African Development Community (Sadc) bloc leaders have agreed to extend the deployment of troops in terrorist-ravaged Mozambique in an ...
News
7 months ago