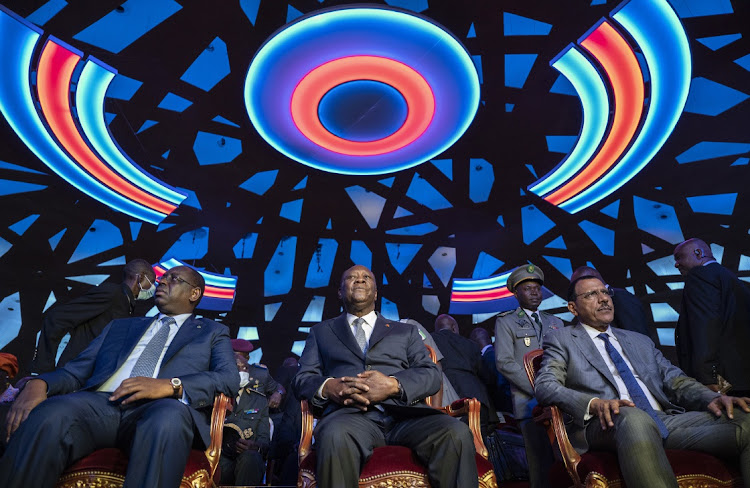 The flood of venture capital into African tech companies over the past three years is drying up as western investors retreat amid the global market downturn.

Some 80% of last year’s record $5 billion put into companies on the continent came from international funds like Tiger Global and Sequoia Capital, according to data from the East Africa Venture Capital Association. Now, fears of a recession, soaring inflation and rising interest rates have made fundraising harder, and African start-ups — like the Nigerian fintech firms that grew explosively in recent years — are expected to suffer. 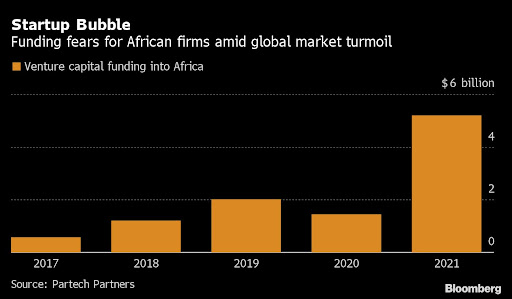 The flood of venture capital into African tech companies over the past three years is drying up as western investors retreat amid the global market downturn.
Image: Bloomberg

“The trajectory of the African start-up ecosystem depended on the big guys coming in during the Series A, and that’s dried up,” said Aubrey Hruby, non-resident senior fellow at the Atlantic Council’s Africa Centre. Bigger start-ups will find it difficult to raise money needed for expansion that traditionally came from western venture funds, she said. “It puts a ceiling on investment.”

‘Some Will Not Make it’

Just before the market turmoil, Tiger Global led a $125 million round for Wasoko, valuing the Kenyan e-commerce platform at $625 million. There are only a handful of Africa-focused funds with over $100 million that can meet that level of investment, including Partech, Helios Digital Ventures and TLCom Capital, but they do not control enough cash to make up for the western withdrawal.

“The ‘raise, raise, raise’ headlines will be no more and there will be a flight to quality,” Hruby, who is also a co-founder of the venture fund Tofino Capital, said by phone from Washington.

The momentum for fundraising was still strong during the first quarter of 2022. African start-ups raised some $1.8 billion, up 148% from the same period a year earlier, according to data collected by Renaissance Capital. But the next 18 months will “start to get difficult,” and fledgling firms will need to run leaner, more efficient operations to survive, said Ido Sum, partner at TLcom, a pan-African fund which expects to close its latest $150 million fund by end of this year.

There may be some benefits to a flight to quality, “and it solidifies the need for stronger, bigger and dedicated African funds,” said Sum, whose portfolio includes Kenyan supply chain start-up Twiga Foods and Nigerian car-services firm Autocheck.

Valuations, which exploded in recent years, will come down, said Sum. But the fundamentals haven’t changed. Africa has 1.3 billion people, most of whom are young, technology savvy and underserved by good services firms. There are large infrastructure deficits in finance, healthcare, logistics and education, which create great opportunities for start-ups.

Founders should reassess their growth and spending plans before they run out of cash, said Adesoji Solanke, Rencap’s director for frontier, sub-Saharan African banks and fintech.

Governments including in SA, Tunisia and Ghana are investing in start-ups through pension and insurance funds or corporate venture capital, said Eva Warigia, head of the East Africa Venture Capital Association. “This local capital offers a buffer to the young companies for trying times,” she said.