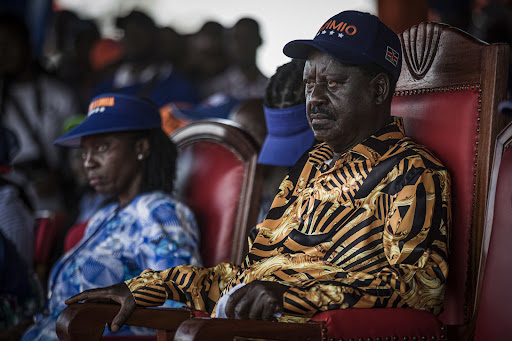 Inflation is accelerating at the fastest pace in five years, with prices of cooking oil and wheat flour surging. Kenyatta’s government has capped the price of corn flour — used to make ugali, a stiff porridge and staple food for most Kenyans. Keeping households' costs in control through subsidies is the main plank for most candidates.

Kenyans will vote on Tuesday. Here’s a look at the candidates, beginning with the two front-runners. 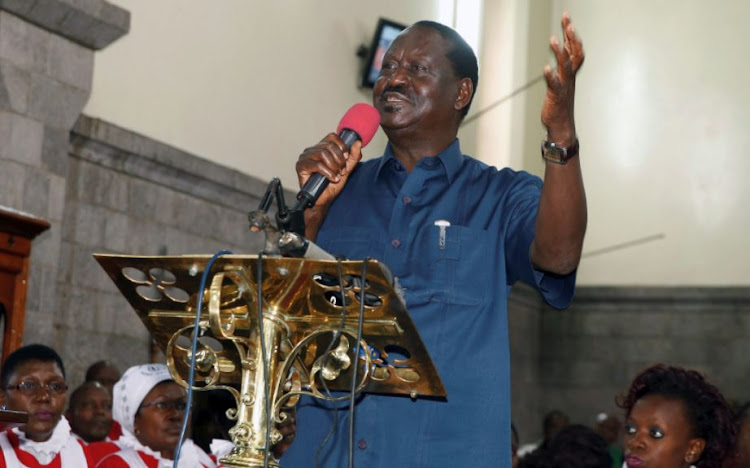 Odinga, son of Kenya’s first vice president, Jaramogi Oginga Odinga, has the backing of his former rival President Kenyatta. This election is his fifth attempt at the presidency.

A mechanical engineer, who studied in Germany, Odinga plans to restructure the nation’s commercial debt to ease the burden of repayments, which take up more than half of Kenya’s tax collections every year.

The politician lost to Kenyatta, son of the nation’s founding president, in the 2013 elections. In 2018, Kenyatta and Odinga agreed to a truce that resulted in the incumbent supporting Odinga’s bid for presidency over his own deputy.

Odinga is the founder of East African Spectre, a company that specialises in the manufacture of liquid petroleum gas cylinders. 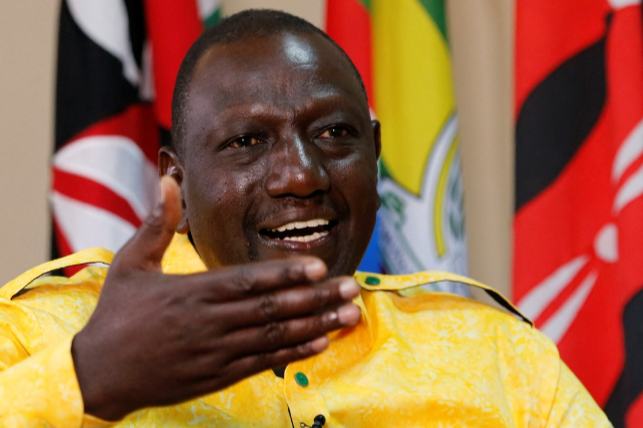 Ruto calls himself a “hustler,” touting his rags-to-riches story. The deputy president, who says he used to sell live chickens on the side of a highway, now owns one of the biggest poultry farms in the country. His business empire includes hospitality and real estate.

He entered politics in his 20s as a campaigner for former president Daniel Moi and later secured a seat in the National Assembly in 1997. Ruto backed Kenyatta during his first presidential run in 2002, where he lost to an opposition coalition headed by Mwai Kibaki, who was backed by Odinga.

Later, Ruto teamed up with Odinga in 2007 to dislodge Kibaki, who then had the backing of Kenyatta. The Ruto and Kenyatta alliance won two consecutive elections in 2013 and 2017, before the truce between Kenyatta and Odinga the following year fractured the ruling Jubilee Party and isolated Ruto. It also resulted in Kenyatta reneging on a promise to back Ruto at the end of his two terms.

Ruto, who completed his doctorate in plant ecology, is campaigning on what he calls a “bottom-up economic model” that seeks to channel government funds into sectors that have the potential to generate the most jobs.

He has pledged to invest at least 500 billion shillings in farming, which employs more than 40% of the labour force, and in small businesses. Unlike Odinga, Ruto has promised not to revamp the nation’s debt.

Mwaure in his sixth attempt at a political office says he’s vying for presidency to return what he says is illegal wealth of $125bn stashed overseas.

His administration would employ clergy at registered churches and mosques as alternative dispute-resolution officers to ease a backlog in the nation’s judiciary.

The clergyman ran for a Senate seat in 2017, but lost. In the prior election, he vied to be a governor.

Exports of the unconventional products will help Kenya repay its entire debt, he says.

The ex-cop also plans to shut the Chinese-built and funded $5bn standard gauge railway that links the capital, Nairobi, with the port of Mombasa, saying it is a symbol of Chinese colonisation.

Wajackoyah, an immigration attorney who spent years challenging decisions at the department of immigration at the UK’s home office, plans to suspend the constitution and deport foreigners

A Senegalese opposition coalition, Yewwi Askane Wi (YAW), on Wednesday said it would not accept the results of legislative elections, alleging fraud.
News
2 weeks ago

Sexagenarian reggae aficionado and presidential candidate George Wajackoyah is convinced he has the right medicine for the ills troubling Kenya's ...
News
2 weeks ago

President Joe Biden said on Wednesday the Supreme Court and Republicans are clueless about the power of American women as he signed a second ...
News
2 weeks ago