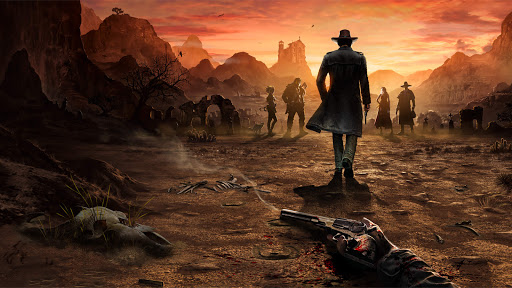 Fans of real-time tactical strategy have been in a bit of a lurch for over a decade now. The one bright spot recently has been Mimimi Games’ previous entry into the genre — Shadow Tactics: Blades of the Shogun — and having proven themselves worthy with that title, the studio was given the licence to the venerable Desperados series. Desperados III functions as a prequel to the original series so it’s perfect for those who missed out (or weren’t born yet) when the first game was released back in 2001.

Having grown up on a steady diet of Commandos, playing this felt like coming home, only better because home got upgraded with all the mod cons. Desperados III looks and plays beautifully. Levels are intricately detailed, and animations are smooth and expressive. The first time I held down ALT and freely rotated the camera was kind of mind-blowing.

The campaign takes you through mountains, frontier towns, swamps, the sumptuous city of New Orleans, and beyond. Each level is made up of a series of interconnected puzzles, each of which has multiple solutions, depending on how you want to tackle them. You can go in stealthily or guns blazing, or look for opportunities to create “accidents”, such as pushing boulders onto people. Desperados III is very good at walking the line between frustrating and rewarding, presenting you with many different paths and obstacles, and just as many ways to surmount them. Saving and reloading is encouraged; in fact, you can set a reminder to appear if you haven’t saved recently.

Your gang includes five characters, some of whom return from the original series. Our protagonists are John Cooper, a bounty hunter armed with a knife, two pistols, and an infinite supply of fake coins to throw; Doc McCoy, a mercenary physician with an interesting interpretation of the Hippocratic oath and a long-range pistol; Kate O’Hara, a rancher who can distract male guards and lure them away for a stealthy takedown; Hector Mendoza, a massive trapper with an axe and a f**k-off big bear trap named “Bianca”; and Isabelle Moreau, a voodoo practitioner with a wicked set of occult powers. Different levels will group different characters together, giving you the opportunity to experiment with each one’s powers. Abilities can be chained together, for example, using one of John’s coins so that an enemy turns and sees McCoy’s doctor’s bag, which they then walk up to.

Showdown mode is a standout feature, letting you pause time and plan out actions for each character, which can then be executed together, or saved until the time is right. This enables you to take out two or more guards that are looking at each other, for example, or you can choose two different targets for each of John’s pistols so that he drops them both at the same time.

Showdown mode is a stand-out feature, letting you pause time and plan out actions for each character, which can then be executed together, or saved until the time is right.
Image: Supplied

After each level is completed, you’re rewarded with an overview of the map and lines tracing your movement through the level, with icons showing what abilities were used where. Levels can be replayed, each containing specific challenges that you can see after completing the level for the first time. These range from not killing anyone, to killing everyone, to not using specific abilities, and taking on these challenges really gives you an appreciation for the tools at your disposal and the creative ways they can be used.

And that’s not all when it comes to replayability. During the campaign, you eventually unlock The Baron’s challenges. He’s a mysterious and powerful character who tasks you with replaying certain levels, only with new objectives and limitations, such as only being able to kill enemies using accidents. These challenges take place outside the main story and can be accessed from the main menu.

After each level is completed, you’re rewarded with an overview of the map and lines tracing your movement through the level, with icons showing what abilities were used where.
Image: Supplied

The campaign itself is already a good length, and engaging the whole way through, so these challenges are icing on the cake rather than filler to pad up the playtime. There’s also DLC planned for future release, so if you’ve been jonesing for real-time tactical strategy, Desperados III definitely has you covered.

Desperados III
BOTTOM LINE
Desperados 3 is a return to form for the real-time tactical strategy genre. This is a must-play for fans of Desperados, Commandos, or Shadow Tactics, and is a fantastic starting point for those new to the genre. I was drawn in by the well-told story, stuck around for the excellent gameplay, and will be returning for a long time to come in order to complete the extra challenges and to play the DLC when it’s released.

PROS
A brilliant entry into the real-time tactical genre
Engaging narrative and colourful cast
There’s a level where everyone’s hung over and slurring their lines, and it’s hilarious

CONS
I’m really reaching here but if I have to complain about anything, the same takedown animations are used constantly

THQ Nordic doesn’t own the Commandos licence, which isn’t a mark against them, just against this cruel, unfair world in general.

The Last of Us 2 picks up the story roughly four years after its predecessor. Ellie and Joel now live alongside Joel's brother, Tommy, in a ...
News
1 year ago