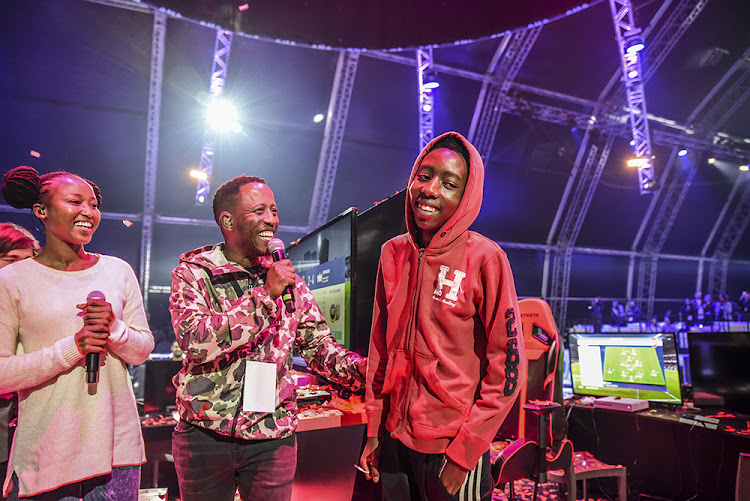 Red Bull has taken the plunge and signed its first esports athlete from not only SA, but the whole continent.

Thabo “Yvng Savage” Moloi is a South African FIFA player who has impressed the community ever since taking the accredited VS Gaming FIFA championship in 2018, his first competitive esports tournament, beating a field of 512 other players on PS4.

He took R400,000, grabbed the attention of the esports community and was snatched up by prominent esports gaming organisation, Goliath Gaming. And he hasn’t slowed down since.

Some may already know Moloi from the eBafana Bafana team who led the South African squad in the FIFA eNations Stay n Play Cup which took place earlier this year.

After a successful two days, last night VS Gaming crowned the winners of the Xbox One and Playstation 4 EA SPORTS FIFA tournament. The VS Gaming Cup, ...
Sport
4 years ago

According to a Red Bull profile, Moloi has worked hard to build a name for himself. Leading up to the VS Gaming FIFA Festival he was purchasing his own data to ensure he got in the FIFA practice he needed and watching online tutorials to help him improve.

“I play online every single day of my life,” he added. “Leading up to the VS tournament, I trained with a good friend of mine who is a strong and established FIFA player himself. We would play and I would beat him, but when I started beating him consistently, I decided I was ready to compete.”

Proud to be part of @RedbullZA family as their first eAthlete.

This wouldn’t be possible without the support of my friends, family and my team @GoliathGamingZA.

Would like to thank Redbull for this great opportunity. FIFA 21 🔜 https://t.co/2wyJZXyaIM

Moloi says he wants to become the top-ranked FIFA player in the world. Based on what we’ve seen so far, it’s quite likely.

Moloi is ranked the No 1 FIFA player on PlayStation in SA. You can read more about him on this Red Bull profile.

South Africa may not be placed in the upcoming FIFA World Cup in Russia but we are sending two players to represent the country and the continent ...
Sport
4 years ago

The FIFA eWorld Cup is virtual football’s equivalent of the FIFA World Cup.
Sport
3 years ago

VS gaming festival proves eSports is alive & kicking in SA

Who knew that one day one of the biggest and most profitable sports in the world wouldn't require you to get out of your chair?
Lifestyle
4 years ago

South Africa was one of two African nations to compete in the Fifa eNations Stay and Play Cup which pitted celebrities and top international ...
News
2 years ago