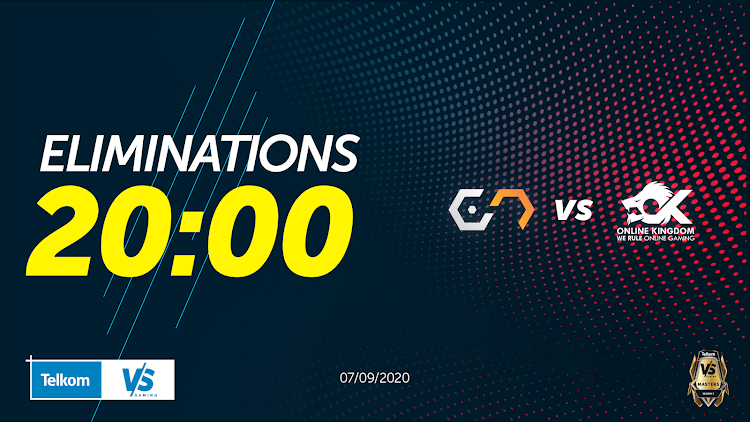 The first of three stages of the Telkom VS Gaming Masters Season 5 has wrapped up. The group stage took place over three weeks and saw the 18-team event reduced to 16 teams. The remaining 16 have been seeded into the second stage, the championship elimination stage, based on their placement in the group stage.

The group stage consisted of the 18 teams which were split into two groups of nine, where each team played a best of two against each other. One point was awarded per map win, so if the best of two was won 2-0 then the team would pick up two points. The teams that placed in the top four have been seeded into the upper bracket for the second stage, while the teams that placed 5th-8th were seeded into the lower bracket. The team that placed ninth in the group was eliminated from the tournament.

Group One was looked at as the slightly more stable and predictable of the two groups, and that turned out to be the case. The tournament favourites, ATK, topped the group without even dropping a map, while the late replacements Ladon were eliminated in the 9th spot after a challenging run.

Along with ATK in the top four is Sinister5 who placed second, Online Kingdom who snagged third and lastly Royalty Esports who picked up the fourth spot. The teams that will be competing in the lower bracket in the second stage from Group One are NiBBLE Conspire who placed fifth, Team Mist who placed sixth, Critical5 who placed seventh and Clutch Kings who managed eighth.

Tournament favourites ATK topped the group without even dropping a map in the process.
Image: Supplied

ATK Arena dominated the opposition in their group. They won all eight of their matches with relative ease, with their closest map coming against Online Kingdom where they won 16-12. The only other team to surpass double digits against them was Sinister5 who managed 11 rounds. ATK Arena have proved to be the team to beat in South African Counter-Strike this year, and there aren’t any signs of them slowing down any time soon.

Sinister5 placed second in the group after they won five of their matches, drew one and lost two. Their first loss was against Royalty Esports which was quite the upset and probably gave them a bit of a reality check heading into the rest of the group stage. The match afterwards they managed to scrape a draw against NiBBLE, leaving them in the middle of the group. After that they won their next three games fairly comfortably with their only further loss coming in their last match which was against ATK, which cemented their position towards the top of the table.

Online Kingdom (OK) had a solid turnaround in the group after a less than ideal start to the event. They lost their first three matches, however they did come up against formidable opponents in ATK and Sinister5 early on, so they’d always have been mentally prepared to do the bulk of their winning later on in the group stage. Their 2-0 win against Royalty was a defining result as it set them apart from NiBBLE and Royalty, the two other teams they were competing with for a spot in the top four. Courtesy of their draw against NiBBLE and win against Team Mist, OK placed an impressive third in the group.

Royalty Esports rounded out the top four in group 1 after they placed fourth. They kicked off their campaign with a draw against Critical5 but then went on a winning spree with three consecutive wins, with the most impressive coming against Sinister5. They did drop the series against OK which set them back slightly, but they did enough in their last couple of games to confirm their spot in the top four. Royalty had a group defining game against NiBBLE in which they lost the first map in overtime 22-19 and won the second map 16-5. What makes it group defining is that the two of them ended up with 10 points each in the group but because Royalty Esports had a better overall round difference in the group they secured the fourth and final upper-bracket spot.

NiBBLE Conspire had to settle for fifth spot which is probably one spot outside of what their goal was heading into the group stage. This means they are going to have to fight their way through the lower bracket in the second stage of the competition. NiBBLE had a fairly solid run throughout the group stage where they won three games, drew four and only lost one game, which was against ATK, so that’s nothing to scoff at. They were literally one point away from securing a spot in the top four so it’s unfortunate that they have to play in the lower bracket, but I think they can be proud of their performance.

Coming in sixth place in Group One is Team Mist after a decent showing in the group. They won one of their matches, drew three and lost four. What was impressive about Team Mist is that they managed to take points away from each of the games that mattered the most to them. When you’re in their position, it’s vital to identify where in the group your potential points are, as in which teams you stand the best chance of competing against. Their competition was always going to be the likes of Clutch Kings, Ladon and Critical5, and they managed to take points from each of them.

Critical 5 were the first to play their matches in the group so they had to play a bit of a waiting game to see exactly where their destiny lay. In the end they had done enough to reach the next stage after they were locked in seventh position. Critical 5 won one match, drew three and lost four in their group stage campaign which meant they finished with five points. Much like Team Mist, Critical 5 picked up points in the games that mattered the most, including an impressive 16-6 map win on Vertigo against Royalty Esports. That map win is potentially what propelled them above Clutch Kings, on whom they had a one-point lead.

Clutch Kings rounded out the teams that reached the next stage from Group One. They picked up a forfeit win against Ladon, drew two of their matches and lost the other five. They got off to a horrid start after they lost their first five matches, however they were able to turn the tide, picking up at least one point in each of their remaining matches. It was a solid turn around from Clutch Kings. They’d have known that their first five games were going to be challenging and wouldn’t have been too disheartened by the results. They picked up the points when it mattered and will be in the lower bracket in the next stage.

Ladon were a replacement team after GAC were removed from the tournament. It’s never easy receiving a late invitation to an event, however they weren’t going to let that stop them. Though they didn’t win a map throughout the group stage, they did have quite a few close maps. They lost 16-11, 16-11 against Critical 5 and also narrowly lost 16-14 against Team Mist. Those results prove that they weren’t far off potentially securing some points and avoiding elimination. 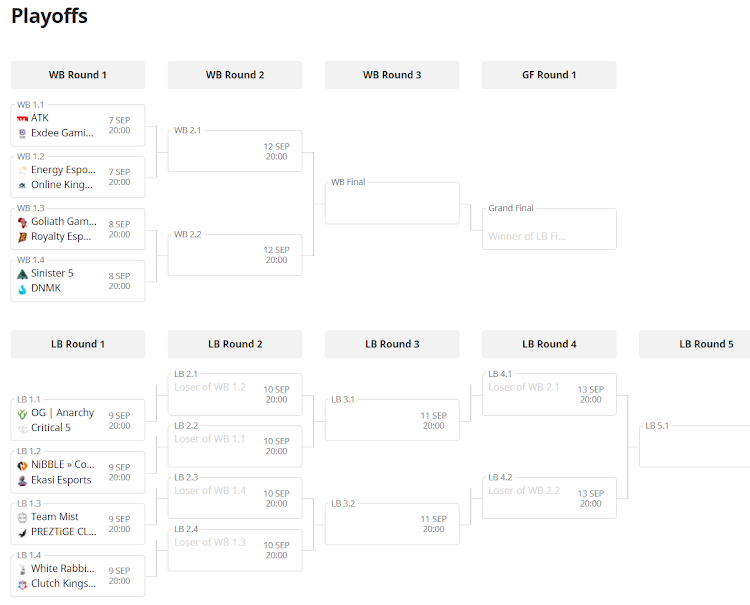 The Championship Elimination Stage will commence on September 7 with the remaining 16 teams battling it out in the double elimination bracket.
Image: Supplied

The Championship Elimination Stage will commence on September 7 with the remaining 16 teams battling it out in the double elimination bracket. Only four teams will progress to the third and final stage, which is the Telkom VS Gaming Masters Finals which will be a part of Online Con, held from September 24 to September 27. With R210,000 on the line, it’s all to play for!

This is the first of two articles wrapping up the first group, a second piece will be released soon covering group two.

Watch all the matches on the VS Gaming Twitch channel.

This article was brought to you by VS Gaming

This past weekend saw another packed weekend of local tournaments offering a mixture of cash and products.
News
1 year ago

Watch the ACGL Call of Duty Community Clash this week

'Destiny 2: Beyond Light’s' new crystal Stasis powers turn you into the deadliest homeopath

In Destiny 2: Beyond Light, Guardians will finally be able to harness the power of the Darkness itself.
News
1 year ago

Greetings, humans! Please keep in your feeble minds that 'Destroy all Humans!' (2020) is just a more technologically advanced remake of 'Destroy all ...
News
1 year ago