Mandela Bridge to be in total darkness for Earth Hour 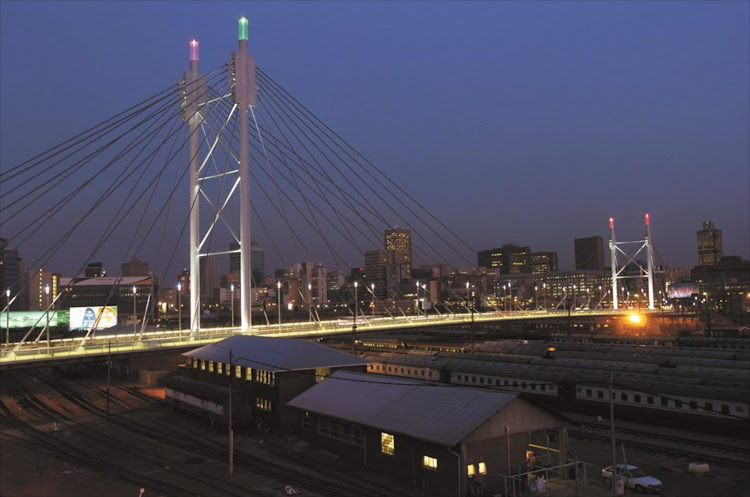 The lights on Johannesburg’s iconic Nelson Mandela Bridge‚ Metro Centre and a host of other buildings will be switched off to mark Earth Hour at the weekend.

The City of Johannesburg made the announcement on Monday as it pledged its commitment to the Earth Hour Challenge‚ a global call for the protection of the planet and for people to take a stand against climate change.

People across the world – including Johannesburg residents – will switch off their lights and non-essential appliances between 8.30pm and 9.30pm on Saturday‚ March 24‚ to mark Earth Hour in support of the World Wide Fund for Nature’s (WWF) fight against climate change.

The city has again partnered with the Green Building Council of SAA (GBCSA) and has pledged to switching off the lights of iconic buildings and landmarks.

According to the organisers‚ in 2017 an estimated 50-million people across 35 countries switched off their lights for one hour.

Earth Hour 2018 aims to motivate one billion people around the globe and in more than 1 000 cities to take a stand against global warming.

This year‚ the theme is “Let Nature Shine” and the South African campaign focuses on food‚ energy‚ water and waste - challenging individuals‚ communities‚ schools‚ businesses and municipalities to take the lead on climate action.

Through the WWF interactive pledge platform‚ all South Africans are being urged to take small actions that collectively translate into a big impact on climate change. WWF South Africa encouraged all people to help by becoming motivators and climate champions for the Earth.

Why Durban’s Golden Mile is washing away

Durban’s iconic central tourist beaches are being washed away‚ because Transnet and the city appear to have dithered for nearly 10 years on ...
News
3 years ago

Mayoral management committee member for environment and infrastructure services‚ Nico de Jager‚ said the city would take part in the guided Earth Hour snooze “glow in the dark” night tour and picnic organised by Joburg City Parks and Zoo at the Joburg Zoo‚ which will include signing of the Earth Hour pledge to raise awareness on the importance of Earth Hour.

Social media platforms such as Facebook‚ Twitter and Instagram will be used to call on residents to participate by posting pictures and videos of their Earth Hour stories.

The following are some of the fun ideas that residents can explore to mark Earth Hour: