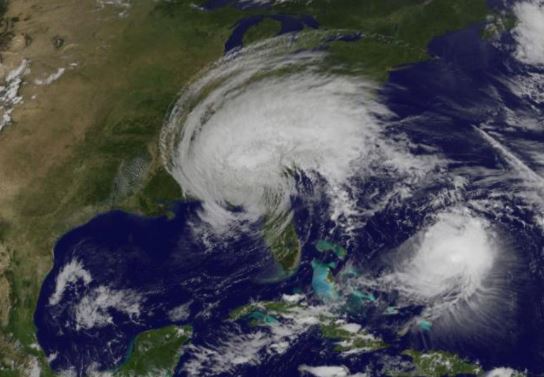 The 2020 hurricane season was the most active on record and produced 30 named tropical storms.
Image: NOAA via Reuters/ File photo

The US government on Thursday forecast an above-normal 2021 Atlantic hurricane season, which is already off to an early start with a storm expected to form off Bermuda this week.

The US National Oceanic and Atmospheric Administration (NOAA) forecast between three and five major hurricanes, with sustained winds of at least 111 miles per hour (178kph), will form in 2021.

The average for tropical cyclones in the Atlantic between 1991 and 2020 is three major hurricanes, seven hurricanes and 14 tropical storms. The average increased after NOAA shifted the 30-year period used to set the averages earlier this year.

The 2020 hurricane season was the most active on record and produced 30 named tropical storms.

Academic and commercial meteorologists have also predicted an above-average season for 2021, but not as busy as 2020 because of an end to the LaNina system that promotes storm formation.

Though the hurricane season officially begins on June 1 and continues through Nov. 30, tropical storms in May are not unusual.

There have been 19 named storms in May since 1950, Klotzbach said.

The coastal city of Beira in Mozambique, which houses one of the country's most important ports, has seen mild damage to property and flooding after ...
News
1 year ago

'In the hands of God:' major hurricane Iota smashes into Central America

US death toll from Hurricane Zeta rises to six, millions without power

At least six people were killed in the southeast of the United States and more than two million people were without power on Thursday after Hurricane ...
News
1 year ago

Top Caribbean getaway Cancun shuttered shops and evacuated tourists from beach hotels as authorities prepared for the onslaught of Delta, a ...
News
1 year ago

US disasters cause insurance double whammy for pandemic-hit businesses

As insurers brace for an expensive natural-disaster season because of storms and wildfires ravaging parts of the United States, the novel coronavirus ...
News
1 year ago