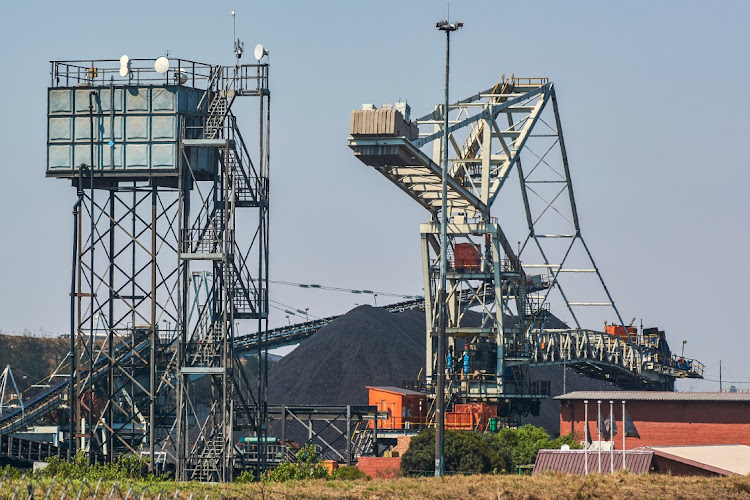 Coal piles alongside towers at the Phola coal processing plant in Ogies, South Africa, on Friday, October 15, 2021. Envoys from some of the world’s richest nations met with South African cabinet ministers to discuss a climate deal that could channel almost $5 billion toward ending the country’s dependence on coal.
Image: Waldo Swiegers/Bloomberg

Major economies will produce more than double the amount of coal, oil and gas in 2030 than is consistent with meeting climate goals set in the 2015 Paris accord to curb global warming, the United Nations and researchers said on Wednesday.

The UN Environment Programme's (UNEP) annual production gap report measures the difference between governments' planned production of fossil fuels and production levels which are consistent with meeting the temperature limits set in Paris.

Under the pact, nations have committed to a long-term goal of limiting average temperature rises to less than 2 degrees Celsius above pre-industrial levels and to attempt to limit them even further to 1.5C.

The report, which analysed 15 major fossil fuel producers, found they plan to produce, in total, around 110% more fossil fuels in 2030 than would be consistent with limiting the degree of warming to 1.5C, and 45% more than is consistent with 2C.

The size of that gap has not declined much since UNEP's 2020 report, it added.

Representatives from nearly 200 countries will meet in Glasgow, Scotland, from October 31 to November 12 for climate talks to strengthen action to tackle global warming under the 2015 Paris Agreement.

SA: where billions in green incentives hit the ANC and die

The world is failing to invest in energy on the scale needed to escape catastrophic climate change and avoid sharp increases in fossil fuel prices, ...
Business Times
1 month ago

The plans of the 15 countries analysed envisage fossil fuel production increasing until at least 2040.

Of the three fuels, gas production is projected to increase the most between 2020 and 2040, based on the governments’ plans.

The International Energy Agency said in May that investors should not fund new oil, gas and coal supply projects if the world is to hit net zero emissions by mid-century.

"The research is clear: global coal, oil, and gas production must start declining immediately and steeply to be consistent with limiting long-term warming to 1.5C," said Ploy Achakulwisut, a lead author of the new report.

The report was produced by UNEP, as well as experts from the Stockholm Environment Institute, the International Institute for Sustainable Development and think-tanks E3G and ODI.