How the new Honor 50 solves the four biggest vlogger headaches 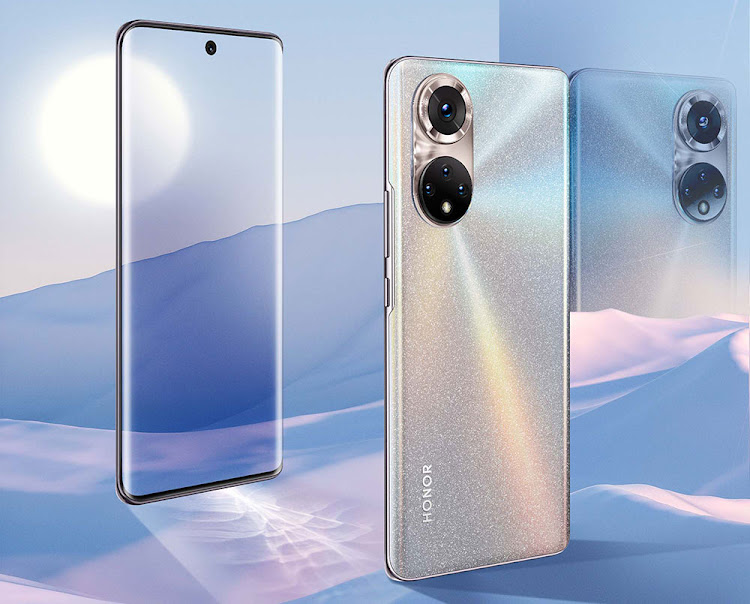 You’re browsing on social media and a short vlog inspires you to try to become a content creator yourself. Initially you’re enthusiastically shooting footage, but after a while you realise it’s not that easy and you keep running into the same difficulties. As a result, you spend more and more time trying to solve these problems rather than on developing your creative ideas.

You are not alone; these problems affect vloggers everywhere. Fortunately, the new Honor 50 is the ideal smartphone to transform the entire vlogging process into a smoother, pain-free experience.

1. Difficulty moving the camera to a different scenario

A common problem faced by video content creators is moving the camera into different angles as scenarios change. Imagine you’ve planned out your storyboard and want a scene that begins in close-up but ends in a wider landscape-angle shot. You would normally need to set up more than one camera in different locations to capture it perfectly.

With the Honor 50, that is no longer a problem as you can simply swipe and select one of six multi-video scenarios while maintaining video stabilisation. By simultaneously using various combinations of its three cameras — one on the front and two on the rear — you enjoy greater flexibility when shooting your scenes. You can select from front- and rear-camera recording; dual-view recording (front/rear); dual-view recording (rear/rear); picture in picture; fast-motion and slow-motion recording; and single- to dual-view recording.

2. Too much environmental noise

You’ve picked a fantastic location for your outdoor shoot with lots of people enjoying the sights but as you film, your voice isn’t recording properly because there is too much background noise.

With Honor’s Earbuds 2 Lite, you can hear every word you say on camera even over long distances but without the clutter of background noise. Simply use the microphone of your Honor Earbuds 2 Lite — the best wireless earphones out there — so you have more freedom of movement without headphone cables getting in the way. You can immersive yourself in your shoot without worrying about a noisy environment.

The secret to a great video is a good script and how it is edited. Sometimes when you begin shooting a scene, you are left with a lot of footage but struggle to edit it down into a story. Often this means sifting through hours of video to edit clips together into something you hope will appeal to viewers. It’s time-consuming, too complicated to edit and often requires an understanding of how to edit scenes in different ways based on what is being filmed — a travelogue is not the same as an exercise video, after all.

To take advantage of this feature, make sure multi-video recording is turned on before shooting. An easy way to test how this feature lets you record from multiple cameras angles in a single take is to start filming yourself talking as you go about your day. To switch between modes, just tap on the icon on top and choose the mode you want to use. The Honor 50 lets you change to different multi-video modes with a quick swipe, and you can also use the “Beauty” function if you’re filming with the front camera.

But that isn’t all. Honor knows vloggers love having the flexibility to shoot in different ways and that is why its “Story” feature allows you to shoot a video based on nine different story templates. So, whether it’s an unboxing, workout or a makeup video, there is a template for it.

Not happy with your initial shot? Then simply click the “Edit” button to pause, stop or reshoot the scene. In other words, you can edit in real time and post on your favourite social media platform sooner.

4. It takes too long to charge your device

Creating compelling video content can take hours. Shooting from multiple angles in different locations and at various times of the day is a real drain on battery power. That’s why it’s not surprising that the battery power on devices used for filming can really hold back creators.

Unfortunately, once the battery gets too low, it can take too long for it to be recharged, and valuable shooting time is lost. With the Honor 50, a low battery display is no cause for concern as its 4300mAh battery provides long-lasting power while its 66W Honor Super Charge enables rapid recharging.

This is made possible by the battery’s single-cell, dual-circuit design, which lets you complete power-intensive shooting tasks all-day without worrying about power. If the Honor 50’s power level is getting a little low for your liking, then plug in the 66W charger for 20 minutes and get 70% of the battery charged up. A quick and easy test to check power consumption levels on the Honor 50 is to watch a 30-minute video and compare the battery status before and after.

The huge growth in popularity of short-form videos on platforms such as TikTok has encouraged more young people to vlog their daily lives. Many have been put off by these common vlogging pain points, but the Honor 50’s features solve these issues and allow users to focus on expressing their creativity.

This article was paid for by Honor.

New Honor 50 smartphone turns everyone into an instant video editor