'They killed my sister and drank her blood' 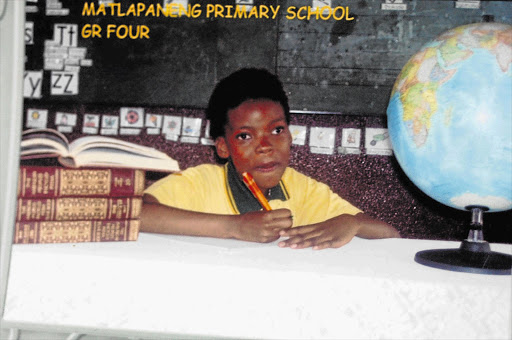 Keamogetswe Sefularo's relatives listened in horror as one of her friends described how her killers drank the blood from her limp body after stabbing her three times.

The 14-year-old's brother, Zali Nxabi, 28, said his sister's friend had stormed into their home in Mohlakeng, on the West Rand, on Saturday while the family was holding a prayer meeting.

"We recorded everything she told us and about how they were instructed by their 'leader' to kill Keamo.

"She [the friend] said the leader and the girl who did the stabbing sucked Keamo's blood from [a wound] on her neck."

Nxabi said he had heard rumours of satanic activity in the area but never thought it would affect his family.

"Her friend even told us that she [Keamogetswe] knew nothing about their cult and that their leader had always been after Keamo's blood."

Ten pupils from Lukhanyo Secondary School, where Sefularo was a Grade 10 pupil, were yesterday suspended for participating in "harmful religious practices".

Gauteng education MEC Barbara Creecy said two of the 10 pupils were "around at the time of the incident".

Creecy and her officials paid the family a visit yesterday after stopping at the school.

"Allegations of harmful religious practices were made and we were told that these practices might be what led to this incident," she said.

The department has been working with the Sefularo family, pupils, teachers and community members since Monday and will soon hold a parents' meeting.

Sitting quietly on a bed in a room filled with female relatives was the pupil's mother, Julia Sefularo.

Trying to stay strong for her remaining three children, Sefularo spoke of how her "sweet child" loved singing.

"She would randomly ask that we sing hymns while doing chores around the house. Her favourite hymn was Modimo Haa Le Teng Haa Yo Mathatha [Whenever God is around, there are no problems]."

Though she had been stabbed in the neck, chest and stomach, Keamogetswe lived long enough to tell her mother who had attacked her.

"I knew the names because these are people she used to talk about as being her friends at school.

"They told her their reason for stabbing her before leaving her to die in that veld - that she hung out with Satanists," she said.

A 15-year-old girl appeared briefly in the Randfontein Magistrate's Court yesterday in connection with the murder.

Captain Appel Ernst said the girl would remain in custody until her next court appearance on Tuesday next week.