A feeling for freedom 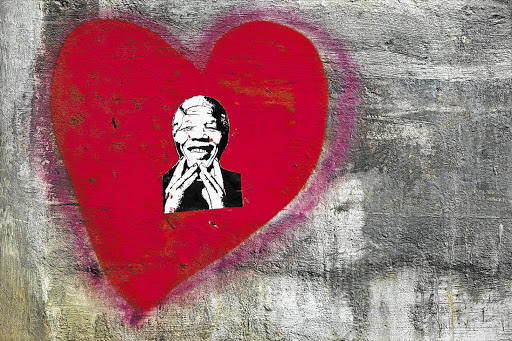 When you are young the great events of history occur like handwritten love letters to yourself
Image: HALDEN KROG

In the week before Nelson Mandela was released from prison I had sex for the first time. The two events were unrelated, although they have become intertwined for me since. Neither event took 67 minutes.

When the sex started there was a song playing - Love Will Tear Us Apart, by Joy Division - and when it was over the song was still playing.

She was the girlfriend of my friend and she was sad because there was a sudden death in her family, a violent death in sordid circumstances. She slept with me because I was there and her boyfriend wasn't.

It felt like I had learnt an important lesson about life: your timing is more important than your qualities. Later, I learnt this is true only in the very short term.

Her boyfriend was a young doctor, and on the night we slept together he was saving his first life in a hospital emergency room.

On the nights he worked we had sex in her apartment and I tried not to fall asleep because then she would wake me and I'd have to walk home through the pre-dawn streets and even in January when you are woken from a bed in which you've had sex it feels like winter.

After a few days her boyfriend started looking at me strangely and there were low words between them. Then Mandela was released, so we caught the train to see him for the first time.

The Grand Parade was full. I remember heads and T-shirts and the heat. As we pushed through the crowd I kept trying to touch hands with the woman who wasn't my girlfriend, and her boyfriend kept trying to see if our hands were touching. There were too many people for him to see who was touching what, but even in that crowd and the heat and the white noon January light and none of us with sunglasses, a boyfriend knows when two people are touching.

We tried to reach the front to stare up at the empty balcony but the further forward you went the hotter it became. The heat made us weak. Small children sat in our shadows. People climbed trees like Zacchaeus in his sycamore. I made a joke about a water cannon, and about how maybe he's already here among us and we just don't know what he looks like. I had never stood with so many people. Hours passed. We shaded our eyes and stared at the balcony. We were waiting for Nelson Mandela, but all I wanted was to touch the inside of her arm.

When you are young and having sex for the first time the great events of history are mood music. This was how the world would progress now: an incalculable progression of great events, an unstoppable tending towards freedom, orchestrated to the movements of my life. I had toppled the Berlin Wall by leaving home. The Cold War ended because I could buy drinks in a bar. South Africa was lucky I was getting laid, else it might never have been free.

The crowd had been there too long. The windows of the unshuttered stores on the Parade were broken, and there was looting. I imagine the police feeling relieved to see a situation they understood. We all swore at the police, but it wasn't our store being robbed. The teargas came. I said run this way, and the boyfriend said no, run this way, and she was torn. Then the gas came, and she went with him.

Afterward, alone, I circled the Parade to get to the train station. It was hot, and I had lost. And then there was a disturbance in front of the hall and the crowd seemed to contract like the sea drawing onto the rocks, and I heard the roar and was pulled by the tidal surge. I couldn't see him clearly, although I've seen it since on television, and I couldn't hear clearly because the sound echoed and there was the noise of the crowd, but I recognised the words because they were the same ones he'd said at his trial. Now they seem impossible words, but then everything seemed possible.

And as I stood there she came up beside me, and he was on the other side of her, and I cried, mainly from the teargas, but he smiled at me and we smiled, and we stood, me and her and her boyfriend, shoulder to shoulder, and we were happy because we were the luckiest generation, we were young when it was all beginning and everything would start now and keep getting better because we had all woken from the long nightmare of childhood and history. We were young, and everything was only going to get better.