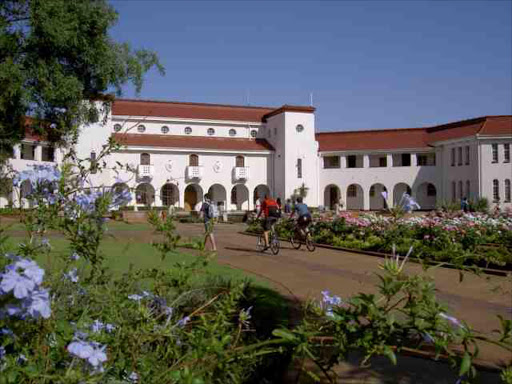 Pamphlets inciting violence against Afrikaans people are being circulated at the North West University (NWU), AfriForum Youth said on Monday.

The organisation's national chair Henk Maree said it came across a pamphlet on the university's Potchefstroom campus.

He said the organisation has sent a letter to the university and the SA Human Right Commission (SAHRC) to request an urgent probe to confirm who the individual and organisation that distributed the pamphlets.

SAHRC spokesman Isaac Mangena said he was not aware of the letter.

"We are not aware of this matter... By the end of the today [Monday] there was no complaint lodged with the SAHRC."

The university said it would comment on the matter later.

In March a task team was set up to investigate the stiff-arm Nazi-style salutes allegedly used during an initiation of first-year students at the Potchefstroom campus in February.

In May, vice chancellor Dr Theuns Eloff stepped down. He was replaced by Prof Dan Kgwadi.

The Higher Education Transformation Network uploaded a copy of the task team's report to the internet in July.

At the time AfriForum Youth said it was concerned about the university's future following statements reportedly made by Kgwadi at a press conference.

"Kgwadi straightforwardly told the media that now is the time for transformation and that no initiation will be tolerated," Maree said.

"Transformation is [the] ANC's politically afflicted idea. Transformation cannot be forced, and if it is indeed forced, it will surely lead to [an] uprising among students."