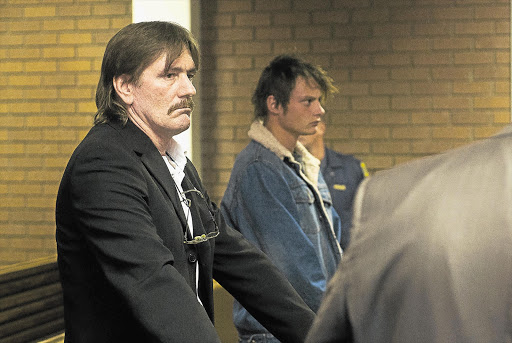 The Vereeniging man and his co-accused and former employee Michael Erasmus were on Friday found guilty in the Vereeniging Regional Court of murdering 15-year-old Raymond Buys.

De Koker ran a game ranger training camp, Echo Wild Game Rangers, where Buys spent three months before being admitted to hospital in a critical state with severe injuries to his head, hands, feet and elsewhere on his body.

In January 2011 a healthy Buys had been sent to the training centre near Vereeniging by his parents, who hoped their difficult child would benefit from the military-style training it provided to troubled youth. His parents paid De Koker R20 000 for the training and he is believed to have promised Buys a job once he finished three months of training.

Erasmus and other state witnesses previously told the court that Buys was chained to his bed every night, was refused permission to visit the toilet and was beaten with a spade by De Koker.

De Koker denied this, but on Friday magistrate Retha Willemse rubbished De Koker's testimony, given in July, as “blatant lies”.

She found that the medical evidence and testimony of state witnesses and Erasmus weighed heavily against him.

She also found that while Erasmus, 22, has maintained that he had always acted under De Koker's instruction, she believed he was a willing participant in the abuse meted out to Buys.

The testimony about two particularly violent incidents secured the conviction.

On one occasion, Buys was tied to a chair, had water thrown on him, was kicked in his private parts and shocked with a Taser, the court had heard. Erasmus and De Koker assisted each other in carrying out the assault.

Following the incident they gave Buys's fellow trainee Gerhard Oosthuizen a two-way radio and told him to call them if he found that Buys had stopped breathing.

This, Willemse said, showed that they had foreseen Buys's death.

They were also found guilty of child abuse and assault with the intention to cause grievous bodily harm for beating Oosthuizen.

After proceedings, a weeping Wilna Buys, Raymond's mother, said she was happy with the conviction.

De Koker, who will remain in custody, and Erasmus, whose bail has been extended, both embraced their family members.

Sentencing proceedings will begin in April.