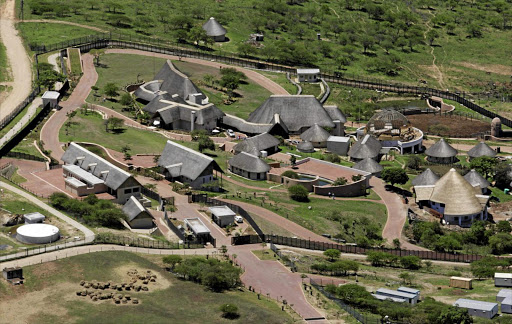 Six of the 12 Department of Public Works employees who are facing disciplinary action for their involvement in the Nkandla scandal have received performance bonuses in the past five years.

In response to a parliamentary question put by DA leader Mmusi Maimane, Public Works Minister Nathi Nhleko said the 12 employees had been found to be involved in the overspending on the R246-million upgrading of President Jacob Zuma's private home.

Nhleko would not mention names, as Maimane had asked, "because the processes have not been finalised".

Clive Naiker, the KwaZulu-Natal manager of the Public Servant's Association, the union representing the 12, said its members' disciplinary hearings were scheduled to resume later this month.

Naiker said that, because none of the officials had been suspended for their role in the Nkandla scandal, they could qualify for bonuses.

He said: "They weren't taken out of the current work sphere and if their performance was above satisfactory they would qualify."

The huge Nkandla price escalations came to light in 2009.

The police's Special Investigating Unit investigated the project in 2013 and Public Protector Thuli Madonsela released her Secure in Comfort report into the upgrades in 2014.

Maimane's spokesman, Mabine Seabe, said the bonuses "confirm that in an ANC-led government corruption is rewarded".

Seabe said this should not detract from the fact that "despite undermining his constitutional obligation to safeguard the resources of the state, Zuma remains president and the possibility exists that more taxpayers' money will be spent on his private residence to correct the shoddy workmanship".

Makhanya, an architect, faces a R155-million claim for allegedly increasing the scope and extent of the Nkandla project to include non-security features.

His attorney, Barnabas Xulu, said he was involved in the "huge job" of assessing all the documents received from the department as part of the discovery process, after which a date for a hearing could be set.