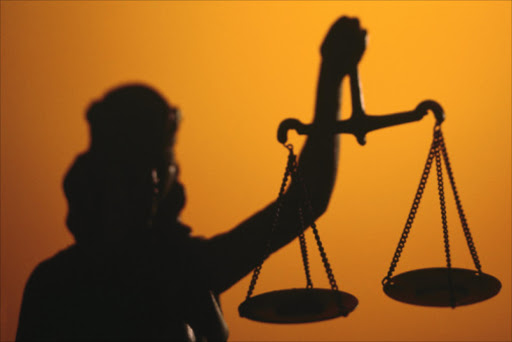 One of two men accused of killing and raping a Soweto woman told the Protea magistrate's court on Wednesday that he knew that what they did was bad.

Tsotang Petros Mokgethi‚ 38‚ and Jacob Alofayo‚ 35‚ stand accused of the kidnapping‚ rape and murder of Lerato Moloi. Her half naked body was discovered at an open field in Naledi on Sunday.

Magistrate Herman Badenhorst explained to the two that he waited the whole day for them to be brought to court and he allowed it to happen because he was informed that they had go point out something to the police.

"Without telling me what you pointed out‚ I would like to know if you went to point out something‚" he asked.

Mokgethi replied that he did while Alofayo said he did not go.

Badenhorst asked the pair if they were threatened or forced by anyone to make a pointing out.

"I made a point-out because I knew that what me and the man next to me did was a bad thing‚" he said.

The matter was postponed to later this month.

Moloi's body was among four bodies that were found in open fields in the township over the weekend.

An unidentified body that was burned beyond recognition was found at a dumping site in Mofolo section on Sunday.

The murders have sparked public outcry.

Economic Freedom Fighters treasurer Leigh-Ann Mathys had arrived at the court on Wednesday morning accompanied by other leaders for the suspects' scheduled appearance‚ as the party claimed Moloi as an EFF member.

The Gauteng provincial government announced on Wednesday it will assist with the burial cost and psycho-social support for Moloi’s family.