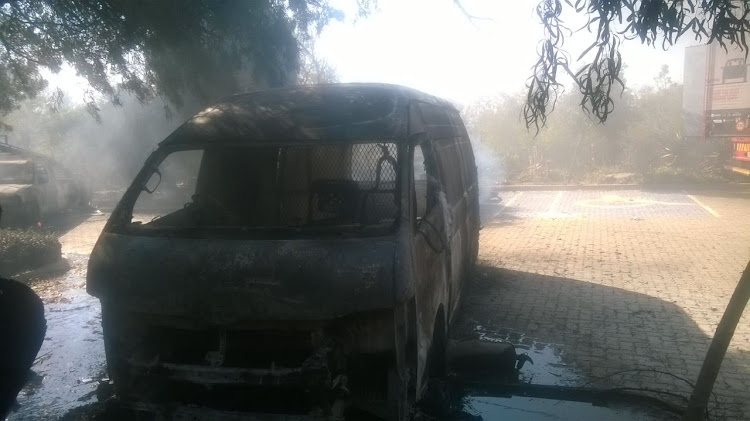 Three vehicles and several buildings were torched at the Tshwane municipality's horticultural park in the middle of the Gomorrah informal settlement.

A truck was also set alight in Van der Hof.

Police pushed residents back into the settlement‚ where they started looting foreign-owned shops.

A TimesLIVE journalist was attacked by a group of residents.

"Situation really tense in there‚ my wrist is injured after a group accosted me for taking pictures. I was trapped in the group but have now managed to get to safety‚" he said in a text message.