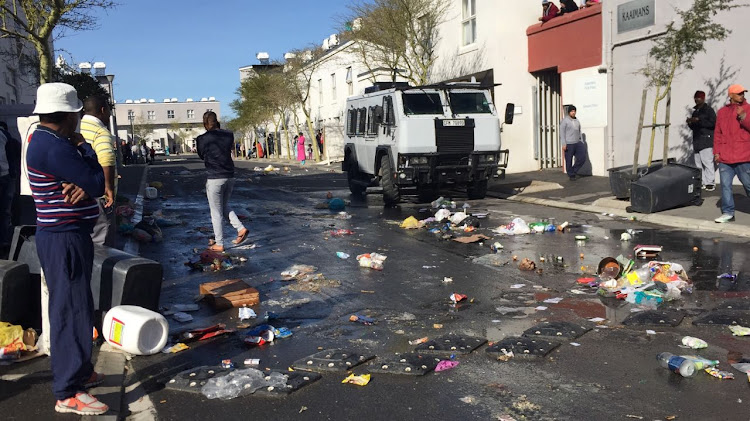 Water cannon were used to disperse protesters who burnt tyres and rubbish in an anti-eviction protest in Cape Town on Monday.

People being evicted from a low-cost apartment complex in Steenberg also started a fire in a building used to store bins.

Residents of Steen Villa said they were being evicted for failing to pay rent which had become unaffordable. They demanded “fair treatment” from Sohco‚ a private social housing company that owns the development.

Police spokesman Lieutenant-Colonel André Traut said no arrests were made.