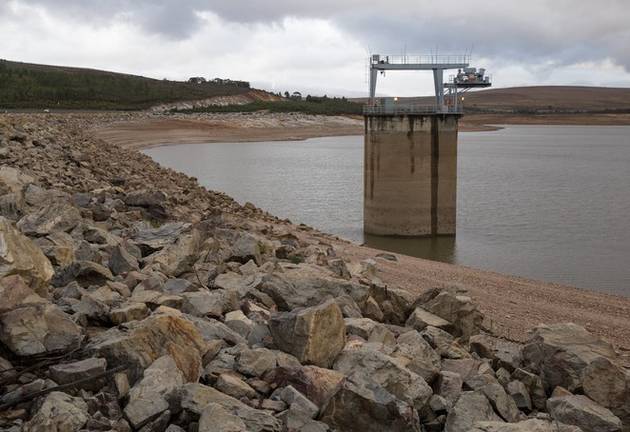 The average level for dams across the Western Cape this week is 35.88%. In the corresponding period last year‚ dam levels were at 62.2%.

The minister of Local Government‚ Environmental Affairs and Development Planning in the Western Cape‚ Anton Bredell‚ says the province is likely to enter the summer season with only around 25% useable water in their dams.

“This drought has been coming a long time. As a province we have been managing it in some localities since 2010. Three years of below-average rainfall have exacerbated the situation and despite pro-active measures like implementation of water restrictions and programs to clear the Berg River of alien vegetation‚ the reality is we are faced with a dire situation.”

Bredell says the province is implementing a number of augmentation projects and doing everything in its powers and mandate to address the situation.

“Provincial augmentation measures include drilling of boreholes and refurbishment of existing waste water plants and desalination plants on the Garden Route. The reality though is that we need even more cooperation from all sectors of society. We need to all work together. That includes the three spheres of government as well as the public and business sector‚ if we hope to get through the summer with water left in our dams‚” says Bredell.

City of Cape Town clamps down on water guzzlers

The City of Cape Town is installing 2000 water-management devices a week at properties owned by water guzzlers to restrict household consumption to ...
News
4 years ago

The City of Cape Town is installing 2‚000 water management devices a week at properties owned by water guzzlers to restrict household consumption to ...
News
4 years ago