Jordaan says he will comment on rape allegations‚ but not now 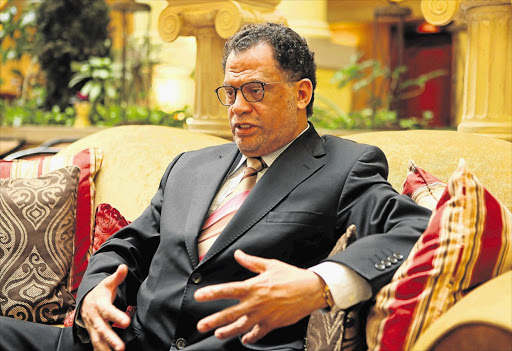 Soccer boss Danny Jordaan said on Saturday that he will respond to rape allegations levelled against him‚ but would not do so immediately.

Jordaan‚ the president of the South African Football Association (Safa)‚ was attending an extraordinary Safa conference in Sandton‚ Johannesburg‚ and was approached at the end of the function.

"No‚ no. I am not speaking anything. Times Media‚ you have taken your position‚" he told TimesLIVE outside the venue and refused to talk further when he realised that the conversation was being recorded.

"Go on and write whatever you want. Times Media has been doing it all along but I will respond‚" he added when asked whether he was aware of the sexual assault claims and when he would respond.

Two women then surrounded Jordaan‚ while a man in a white shirt blocked the door‚ indicating that the conference was a Safa event and that media were not allowed to enter or interview Jordaan.

LISTEN: Danny Jordaan refused to comment on rape allegations. He was attending a SAFA function when he was approached for comment. pic.twitter.com/Kag4Swy9wu

The man said interviews could be arranged with Safa spokesman Dominic Chimhavi.

Singer and former MP Jennifer Ferguson this week accused Jordaan of raping her more than 20 years ago.

She has not committed to opening a criminal case against the former Nelson Mandela Bay mayor but has challenged him to issue an apology.

"Part of healing is coming forward with the truth. If Danny could come forward in truth and an apology‚" she previously said.

TimesLIVE reported on Ferguson's allegations earlier in the week and made numerous attempts to obtain comment from Jordaan‚ without any success.

Men think they can get away with rape‚ says commissioner

Men often condone rape and don’t call one another out‚ a leading human rights official has said.
News
4 years ago

Another woman is said to have accused football boss Danny Jordaan of raping her, according to singer and former MP Jennifer Ferguson.
News
4 years ago

In a patriarchal society like South Africa‚ men‚ according to experts‚ often exploit their power‚ whether it is financial‚ political or physical‚ in ...
News
4 years ago

Another woman has accused a top sports administrator of raping her‚ according to singer and former MP Jennifer Ferguson.
News
4 years ago