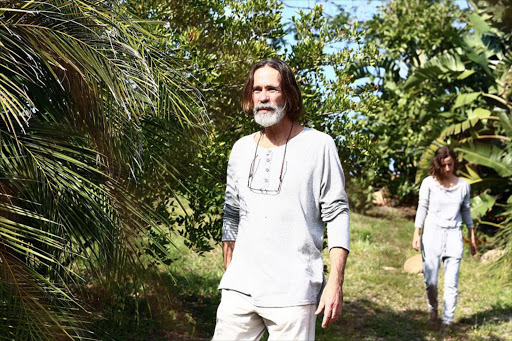 An attempt by racist Sodwana Bay guesthouse owner Andre Slade to secure the expert testimony of renowned conservationist and "lion whisperer" Kevin Richardson in his hate-speech trial has backfired.

Richardson, of television fame including many wildlife documentaries, rebuffed Slade and denounced his views on white superiority, going as far as threatening legal action if Slade continued to pester him.

Last year, Slade, 54, sent an e-mail barring black people from his Sodwana Bay guesthouse. It went viral and he was reported to the Equality Court.

Slade and his Slovakian partner, Katarina Krizaniova, 27, sparked further outrage in June last year for saying blacks were classified in the Bible as "animals", and that whites had a "crown" on their heads blacks did not have.

Slade issued a subpoena to Richardson, requesting his expert testimony in the Equality Court.

He wanted the animal behaviourist to testify that wild animals had dark skin and that blacks overpopulated the planet.

Richardson told The Times he refused to be a part of Slade's "insult" to South Africans.

He said apart from strongly disagreeing with Slade, he did not have the relevant expertise to provide testimony.

"My wife had received an e-mail many months ago, asking if I would be a witness, to which she replied that I had nothing to offer and said I wouldn't be available.

"It was also made abundantly clear that I do not wish to be part of his misguided attack on my fellow South Africans."

Richardson had caustic words for Slade, accusing him of derision and racial hatred.

"It is an unwarranted and baseless attack on the human race. I'm shocked that someone would actually think and believe this," he said.

Sodwana Bay guesthouse owner and religious fanatic Andre Slade has labelled South Africa's constitution as "racist" as he readies to defend a hate ...
News
5 years ago

KwaZulu-Natal Community Safety MEC Mxolisi Kaunda has decried the delay in investigating the killing of Siyabonga Nsele‚ a burglar who was gunned ...
News
5 years ago

Cardinal Wilfred Napier has described the court challenge by "racist" guesthouse owner Andre Slade as revealing a man who does not have all his ...
News
5 years ago