Lessons to be learnt from Zim crisis: Deputy Public Protector on Twitter 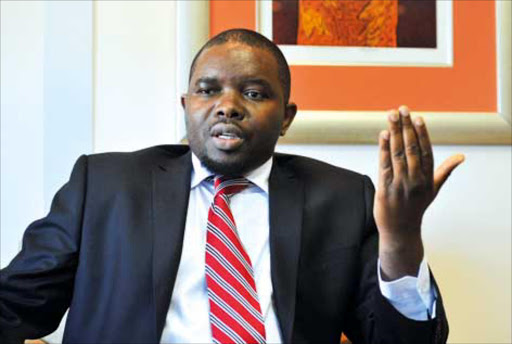 Deputy Public Protector Kevin Malunga said a lesson from the Zimbabwe crisis was that leaders should never be too drunk on power.

Malunga made this comment on Twitter amid conflicting reports on Wednesday on the situation in Zimbabwe‚ some stating that there was a coup which aimed to remove President Robert Mugabe from power.

There were also reports that recently ousted vice president Emmerson Mnangagwa would take control of the country.

Another lesson from the #Zimbabwe crisis to leaders everywhere else is never get too drunk or arrogant with https://t.co/A56UgNGHGI are supposed to be servants of the people.They are not your doormat.

On Tuesday‚ when initial reports surfaced that the army was moving into Harare‚ Malunga said the crisis in Zimbabwe was 20 years late but something had to give.

The current crisis in #Zimbabwe is 20 years late but something had to give.

The Star editor Japhet Ncube said the army had always wanted a dignified exit for Mugabe. He said the firing of Mnangagwa was a huge political mistake.

The army have always wanted a dignified exit for Mugabe.
But firing Mnangagwa was a huge political mistake. #ZimCoup pic.twitter.com/K1Yz6vmA2E

Businessman Trevor Ncube‚ who owns the Mail & Guardian newspaper‚ told media colleagues he was not doing media interviews because the situation was “fluid and sensitive”.

Please note l am not doing interviews at all. Hope you understand. Situation is fluid and sensitive.

However‚ Ncube had earlier confirmed that three arrests were made in Zimbabwe on Wednesday morning.

He also said flights in and out of Zimbabwe were operating as per normal.

I can confirm that flights in and out of #Zimbabwe are operating per normal. Air Zimbabwe took off for Bulawayo this morning and the SAA flight from Harare landed a while ago .

Nobody is safe from the rages of Zimbabwe’s First Lady, “Dr. Amai” Grace Mugabe.
News
4 years ago