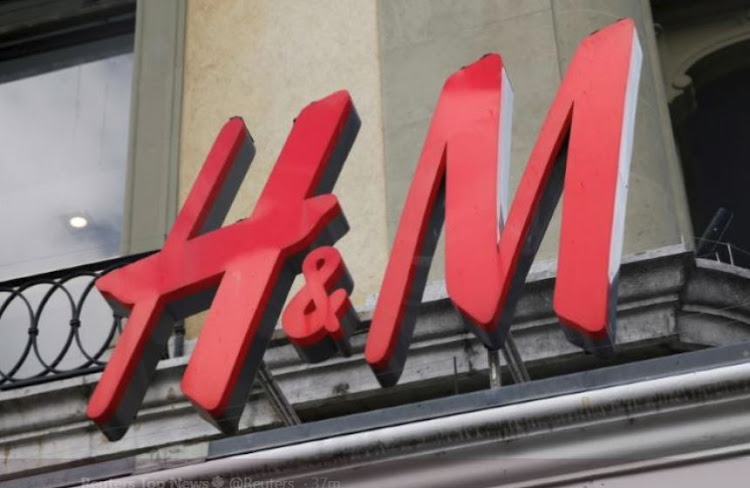 The company apologised on its Twitter account and in a statement posted on their website admitted they got it wrong and were deeply sorry.
Image: Reuters

Kristiansen‚ who is based in Cape Town but is a guest lecturer at Southern Jutland University in Denmark‚ said customers needed to be respected.

"Customers these days are not just people who bring in money‚ but people who want to be respected. They (H&M) need to spend more money on understanding their customers and also think of their black staff who will have to go to work after what has just happened‚" said Kristiansen.

EFF supporters stormed into several H&M stores in Gauteng on Saturday‚ days after the company withdrew sales of a green hoodie with the inscription "coolest monkey in the jungle" after complaints that the ad featuring a black child triggered racism accusations.

Shops in Sandton‚ Menlyn Park and on the East Rand were forced to close after party supporters trashed the stores.

H&M spokesman Amelia-May Woudtra issued a statement later on Saturday saying they were aware of the property damage inside several of their South African stores.

"What matters most to us is the safety of our employees and customers. We have temporarily closed our stores in South Africa. None of our staff or customers have been injured. We continue to monitor the situation closely and will open the stores as soon as the situation is safe again. "We strongly believe that racism and bias in any shape or form‚ deliberate or accidental‚ are simply unacceptable. We stress that our wonderful store staff had nothing to do with our poorly judged product and image."

In Menlyn‚ protesters threw clothing around but nothing had been reported stolen.

“The shops in all other areas are reported to have been closed and police are monitoring the situation. No arrests have been effected so far‚” said Dlamini.

EFF national spokesman Mbuyiseni Ndlozi could not be reached on his cell phone‚ but tweeted that the party would visit every racist institution to ensure there were consequences for any denigration of the black race.

“H&M is not the last one ... The time of apologies for racism is over; there must be consequences to anti-black racism‚ period‚” said Ndlozi on Twitter.

This is not the first time the retail giant has come under fire in South Africa. It had to deal with a public relations disaster at the opening of its first SA store‚ at the Cape Town Waterfront‚ in 2015‚ after members of the public queried why there were no pictures of black models in its window.

The company responded that its marketing plan was one which intended to convey a positive image - implying black models were not in line with this image‚ which caused a storm of protest.

Police say several incidents of protests by what is understood to be EFF supporters have been reported at H&M stores in shopping centres in Gauteng.
News
4 years ago

Some of SA's most famous faces have expressed outrage over international clothing brand H&M's latest advert showing a little black boy wearing a ...
TshisaLIVE
4 years ago