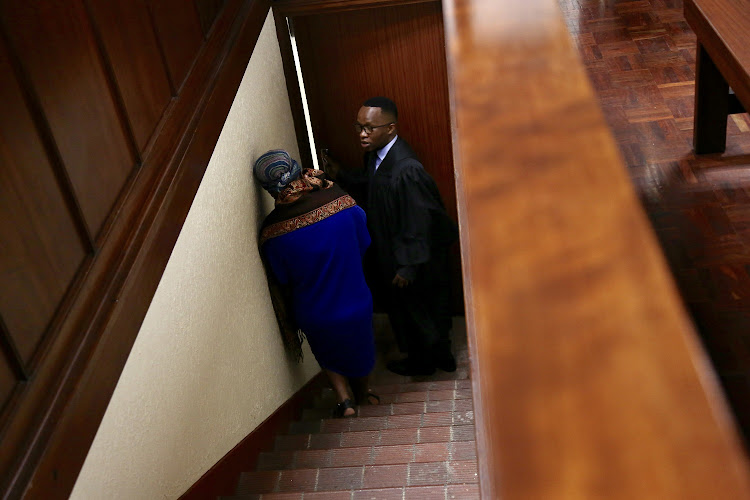 The mother of baby Siwaphiwe is taken back to the cells by her lawyer after the judge sentenced her to 5 years.
Image: Jackie Clausen

Sibongile Mbambo‚ the mother who orchestrated the fake abduction of her baby Siwaphiwe‚ has been sentenced to five years’ imprisonment.

Her sentence was handed down by Regional Court magistrate Anand Maharaj on Wednesday.

She had pleaded guilty to charges of defeating the ends of justice and fraud.

Her leave to appeal was refused and she was taken into custody.

Sibongile Mbambo, who orchestrated the faked abduction of her baby last year, was sentenced to five years imprisonment @TimesLIVE pic.twitter.com/urDmQjDrIa