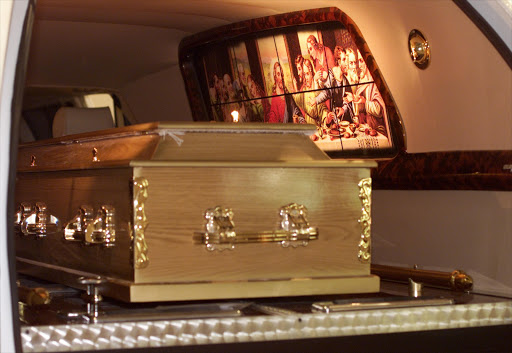 A controversial call to keep white and Indian undertakers from working in the country’s township is gathering steam‚ as members of the National Funeral Parlour Association of South Africa (Nafupa SA) embark on a public picket on Wednesday.

The picket is expected to start in Umlazi and take protesters to a yet undisclosed Avbob branch to drive their point home.

But on Tuesday‚ the Doves Group filed papers in the Durban High Court seeking to interdict Nafupa SA from disrupting the operation of their branches. The notice of motion‚ seen by TimesLIVE‚ further aims to prevent damage to property‚ and the creation of an environment which is not conducive to conducting business.

Doves Group marketing manager Mpho Rakgotho confirmed that papers had been filed on Nafupa SA and that their attorneys were waiting for a date for the matter to be brought before the court.

Nafupa SA’s secretary-general‚ Nkosentsha Shezi‚ called for a ban on white and Indian owned funeral parlours from conducting funerals in townships as a step toward redressing apartheid. He said that if white and Indian undertakers stayed out of the townships‚ local black owned community businesses could prosper.

Stay out of our townships, white and Indian funeral parlours warned

White and Indian undertakers have been warned to stay out of the townships - a move engineered by the National Funeral Parlour Association of South ...
News
4 years ago

Yongama Quma‚ director of the Federation of Funeral Professionals of South Africa (FFPSA)‚ said in a statement that it was “regrettable” that a small group of business people are resorting to intimidation and threats of violence in an attempt to monopolise and control the industry in townships.

He said that there are many unscrupulous service providers‚ irrespective of race‚ who will not hesitate to take a bereaved family’s hard-earned cash whilst they have no intention of rendering a professional service.

“Crooks are everywhere and they come in all different shapes‚ colours and sizes. It has nothing to do with race. We live in a democratic society and consumers should be able to decide for themselves what they want‚ who they want to render a service and get the best possible value for their money.”

He said that people living in the townships should make up their own minds.

“Exercise your choices. If you don’t want to use a service provider for whatever reason then don’t. Having them there however‚ will in the very least keep other service providers on their toes‚” he said.