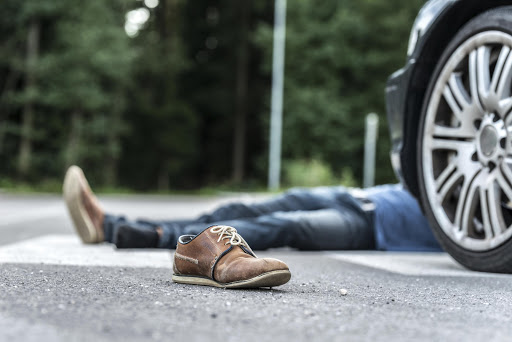 South Africa’s road death toll for 2017 is one of the worst in years‚ despite safety campaigns to end the carnage.

Without a change of attitude among road users – and‚ importantly‚ a respect for the law - efforts to decrease fatalities and crashes by a noticeable margin will fall flat.

Almost 135 000 people have died in road crashes in South Africa over the past decade - equivalent to wiping out the entire population of Midvaal municipality in Gauteng.

Road fatality statistics for 2017‚ made available by the Road Traffic Management Corporation (RTMC) on their website last Friday‚ showed that urgent road safety interventions were needed in the country‚ said the AA.

“Seen against the backdrop of the fatality statistics of the past 10 years (from 2008) these numbers prove that current road safety initiatives are simply not working. Since then‚ almost 135 000 people died in road crashes in South Africa. This is a shocking number which‚ without urgent intervention‚ genuine commitment from all role-players‚ and a complete change in the attitude of all road users‚ will never significantly decrease‚” said the AA.

Stabilising the fatality rate at just over 14 000 deaths per annum was unacceptable and should be seen as a national crisis‚ said the association‚ which suggested a safety focus on pedestrians that included:

“Reducing pedestrian fatalities by half will bring down the national figures by almost 20% (around 2 700 lives)‚ a significant drop which will provide an immediate impact to reducing national fatality statistics‚” said the AA.

Road users – pedestrians‚ cyclists and motorists – needed to realise that government could do only so much to improve road safety and reduce the number of fatalities on the roads.

“Unfortunately too many South Africans have an extremely bad attitude towards safe road use‚ and all the education and enforcement in the world will not stop those intent on playing by their own rules. Without a change of attitude among road users – and‚ importantly‚ a respect for the law - efforts to decrease fatalities and crashes by a noticeable margin will fall flat‚” said the association.

"It's still a part of me but I don't want to allow it to dictate to me and how I live my life".
TshisaLIVE
3 years ago

Here’s a sobering thought: if you’re involved in a car accident‚ your insurer can reject your claim on the grounds that you were driving drunk‚ even ...
News
3 years ago

Four people were killed and 11 others injured when a taxi rolled on the N14 about 10 kilometres outside Kathu in the Northern Cape on Saturday.
News
3 years ago

A driver has been charged with murder after allegedly causing a crash that killed four children.
News
3 years ago