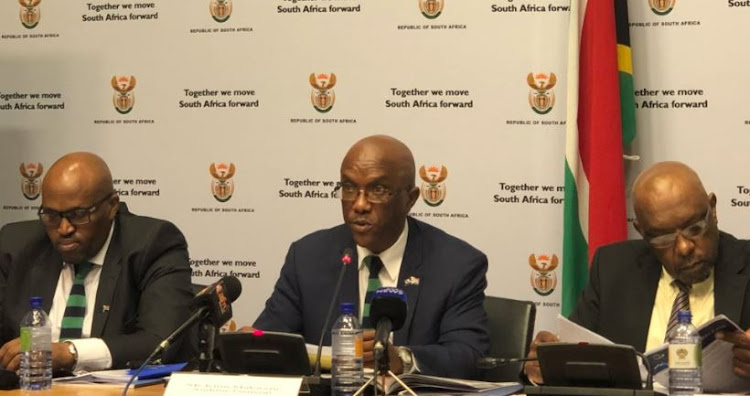 The overall audit outcomes of the 257 municipalities in the country have regressed. This was revealed by auditor-general Kimi Makwetu when he released the audit outcomes for the 2016/17 financial year in Cape Town.

In his report‚ Makwetu said that of the 257 municipalities audited‚ 45 regressed and only 16 improved. Only 33 municipalities (13%) managed to produce quality financial statements and performance reports and complied with all key legislation‚ therefore receiving a clean audit.

WATCH: #AGReport #Makwetu explains that amendments to the Public Audit Act will, if approved, give his office the power to refer material irregularities to appropriate authorities to investigate as well as give remedial directives for monies lost to be recovered pic.twitter.com/55N8KGmqJp

Makwetu said R15-billion of the total irregular expenditure was incurred in prior years but only identified and reported in 2016/17.

The remaining R13.35-billion relates to payments or expenses incurred in the 2016/17 financial year by the new local government administrations which took over in August 2016‚ and it represented 4% of the local government expenditure budget.

Makwetu lamented that recommendations made by his office last year to improve accountability and audit outcomes did not receive the necessary attention at most municipalities.

“This is evidenced by the findings from our audits that included attention not being paid to audit action plans‚ poor performance planning and budgeting‚ resulting in unauthorised expenditure of R12.6-billion and regression of varying degree in the status of internal control‚” Makwetu said.

Makwetu’s report comes a few weeks after finance minister Nhlanhla Nene told Parliament in a written reply that 112 municipalities do not have money to carry out a service delivery plan for the current financial year‚ and that only 14 of these have approved financial recovery plans.

Makwetu identified contract management and procurement as two of the main issues that municipalities are struggling to comply with in legislation.

The report is for 257 municipalities and 21 municipal entities for the 2016/17 financial year.

Auditing amendments in the pipeline

Amendments to the Audit Professions Act are being worked on in a bid to restore the credibility of and public trust in the auditing profession‚ ...
Business Times
4 years ago

Board outlines path to health for SA auditing