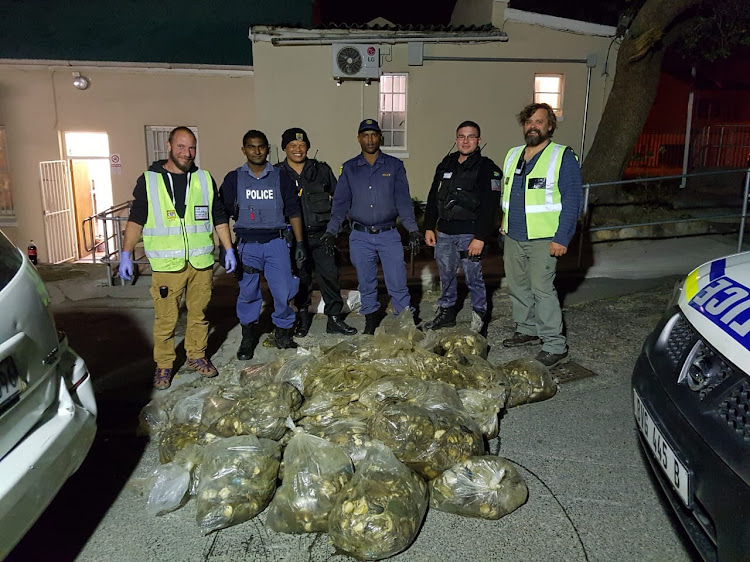 Police found abalone in a car that was abandoned after a high speed chase in Gordon’s Bay.
Image: SAPS

Abalone worth R5-million was discovered in a Toyota Verso that was abandoned after a high-speed chase through the town of Gordon’s Bay in the Western Cape.

Police in the town‚ acting on information from their colleagues in Grabouw about a vehicle transporting abalone‚ spotted the Toyota on its way to Gordon’s Bay in the early hours of Wednesday morning.

“Following a high-speed pursuit‚ the driver abandoned the vehicle and fled on foot. He is yet to be arrested.”

A search of the abandoned vehicle led to the discovery of 8,330 shelled abalone.

One man is confirmed dead and up to three more may be missing after an offshore clash between abalone poachers and fisheries compliance officers‚ it ...
News
3 years ago

The Democratic Alliance has accused the Department of Agriculture‚ Forestry and Fisheries of fuelling the illegal abalone trade.
Politics
4 years ago

A sting operation at the port of Durban by SARS customs officials and the Hawks has led to the seizure of 1.6 tons of illegally harvested frozen ...
News
4 years ago