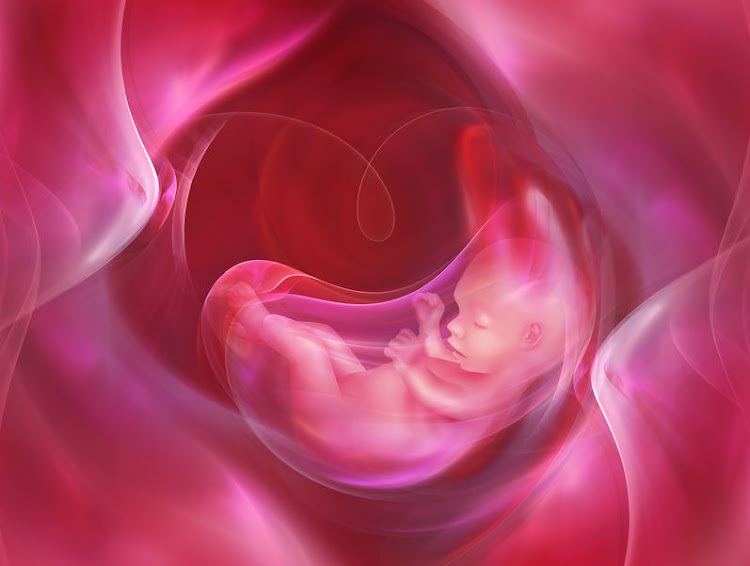 The aim of the case is to change existing laws to allow mothers who had miscarriages before week 26 of pregnancy to be given an option to cremate or bury their foetuses.
Image: 123RF/Zoya Fedorova

Organisations which support women’s reproductive rights have asked to join a court case launched to give parents the option of burying their miscarried foetuses under 26 weeks old.

The Women in Sexual and Reproductive Health Associates (WISH) and the Women’s Legal Centre Trust have asked to join in the matter‚ which was launched by the Voice of the Unborn Baby and the Catholic Archdiocese of Durban in the Pretoria high court last year.

The aim of the case is to change existing laws to allow mothers who had miscarriages before week 26 of pregnancy to be given an option to cremate or bury their foetuses.

The organisations want to declare that certain sections of the Births and Deaths Registration Act unconstitutional‚ arguing that they do not provide “bereaved parents” the right to bury a foetus that has died before the age of viability.

The Voice of the Unborn Child and the Archdiocese argued that parents should be allowed to bury the foetus irrespective of whether the pregnancy loss was through natural causes or human intervention‚ and irrespective of the gestational age of the foetus.

In a new development‚ WISH and the Women’s Legal Centre Trust announced last week they had asked to be joined in the case as friends of the court. They want to argue that the application by the Voice of the Unborn Child and the Archdiocese does not make it clear whether or not the relief they seek must apply within the context of voluntary terminations of pregnancy‚ or abortions.

“We ultimately argue that the relief should not apply to voluntary terminations‚” the organisations said.

They added if it was eventually decided that the right to bury foetuses less than 26 weeks should apply‚ appropriate mechanisms must be put in place to ensure that the implementation of the changed law did not disproportionately infringe on women’s rights to safe and legal abortions.

The Women’s Legal Centre and the Legal Resources Centre‚ which represents WISH and the trust‚ said the majority of women made use of state-provided reproductive health care. They said many women experienced many obstacles when accessing these services‚ including medical doctors who refused to perform terminations.

Fight for burial of stillborn babies

At 26 weeks a foetus might recognise its mother's voice, have hair and a 90% chance of survival if born. But in South African law it is regarded as ...
News
6 years ago

They said the relief sought by the Voice of the Unborn Child and the Archdiocese would be a further hindrance to safe and legal abortions as its implementation would act as a bar to accessing services.

“Adding the option to bury one’s foetus after termination of a pregnancy would only act as an additional obstacle to women within an already difficult‚ limited‚ and stigmatic context‚” the Legal Resources Centre and Women’s Legal Centre said. Another organisation‚ Cause for Justice‚ had earlier sought‚ and was granted‚ consent by both parties to be friends of the court to assist the court in the interpretation of the law.

Cause for Justice believes that the life growing beyond the human womb‚ whether at 26 weeks and one day or whether at 25 weeks and six days‚ must be accorded whatever dignity wished to bestow on the human life.

Cause for Justice executive director and legal counsel Ryan Smit said a court date for the matter had not been set.