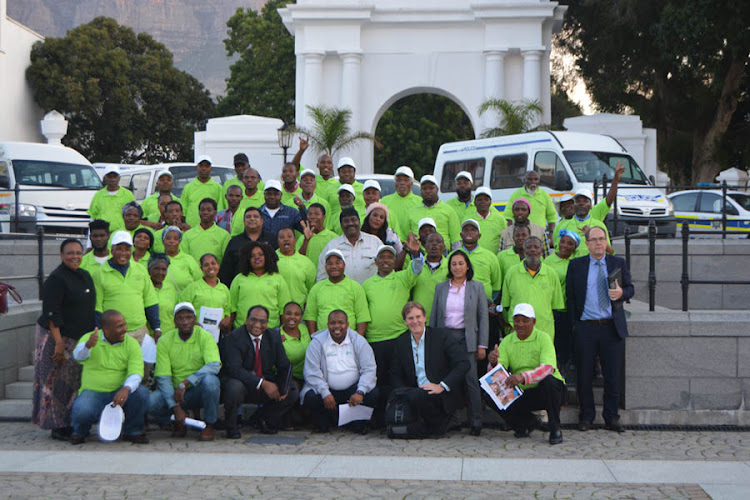 The 58-year-old mother of seven children‚ who has been a sugarcane farmer since 1992 in the Glendale Valley on KwaZulu-Natal's North Coast‚ is now battling to educate her children.

“We used to get a lot of money but now we are getting nothing. We can’t even take our children to school. Job opportunities have been lost because you can’t hire someone if you can’t pay them‚” she said.

Her sentiments were echoed by another small-scale cane grower‚ Celumusa Mahlobo‚ 44‚ from Emthandeni‚ north of Durban‚ who said some local companies had resorted to buying sugar overseas because it was expensive in the country.

South Africa's sugar industry is at a tipping point with more than 40000 jobs hanging in the balance. "We are losing R50-million a month because ...
News
8 years ago

“Us farmers can’t even have money to live. How am I going to work and how am I going to pay the people who are working for me? Because we don’t get money anymore and we’re owing the [sugar] mills‚” he said. Mcineka and Mahlobo were among more than 60 black small-scale sugarcane farmers who embarked on a 20-hour bus trip from KwaZulu-Natal to Parliament in Cape Town on Wednesday to show their support for the sugar industry’s application to stop sugar imports by increasing the sugar tariff.

Mcineka said they decided to come together as small-scale farmers to voice their concern about sugar imports which had a negative effect on their businesses.

Black sugarcane farmers from the South African Farmers Development Association (Safda) are struggling to survive due to the ineffective duty imposed on imported sugar.

Joanne Marie Fubbs‚ chairperson of the parliamentary portfolio committee on trade and industry‚ expressed concern when viewing a number of cane payment statements that small-scale sugarcane farmers received‚ which showed that a large number of them received R0 payment for the 2017-2018 season.

Other statements showed that farmers were in the red and had been forced to start a new season with high levels of debt.

How the sugar tax will work

The sugary drinks tax to be paid by beverage manufacturers from April 1 next year is now law after the details were gazetted on Thursday by treasury.
News
4 years ago

Safda said in a statement on Wednesday that the challenge was that farmers required capital to replant fields‚ to purchase fertiliser and for general operating costs.

“Starting a new season with a zero or negative balance means that small-scale farmers are already indebted and have little or no chance of securing capital. This in turn has a catastrophic effect on the rural communities of KwaZulu-Natal and Mpumalanga‚” said Safda.

The association said it was worth noting that small-scale sugarcane farmers had small plots of land‚ sometimes as little as 0.5ha‚ “so economies of scales are not feasible”.

Sugar produced outside South Africa is flooding the local market and as a result black small-scale sugarcane farmers are in dire straits — as are rural communities.

But there could be light at the end of the tunnel as members of the parliamentary portfolio committee on trade and industry‚ the International Trade Administration Commission of South Africa and South Africa Revenue Services undertook to deal with the matter urgently — with a resolution expected next month.