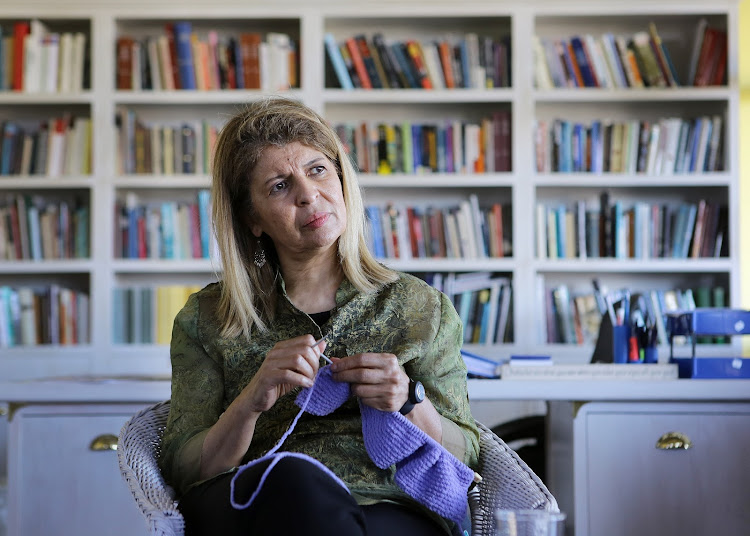 The University of Cape Town’s former dean of law‚ Professor Penny Andrews‚ denied allegations of irregular expenditure on Wednesday‚ saying they were “false and defamatory”.

Andrews‚ who has resigned‚ became dean in 2016 after several years abroad‚ and was the first black academic to hold the position.

A storm erupted on Twitter this week when an account called UCT Law Leaks went public with faculty financial statements from 2017. The account appears to have been set up only to leak the documents‚ and was deleted on Wednesday.

According to the documents it shared‚ budget and expenditure amounts differed vastly on several fronts‚ including overseas trips‚ functions and staff allowances. At the same time‚ there was underspending on student bursaries and textbooks during a period of “austerity”.

In an interview with TimesLIVE on Wednesday‚ Andrews said “all invoices and payments” had gone through a “series of signatures”. Although some people may be “upset” by her “forthright style”‚ she said‚ she had acted with “integrity and transparency” in all financial and other dealings.

Around R285‚000 was budgeted for travel‚ but R611‚101 was spent — mostly by Andrews herself‚ according to the tweeted documents. The amounts indicate that she travelled business class or with a partner‚ according to the Twitter account.

Andrews said when she travelled business class‚ she claimed economy class reimbursement from the faculty‚ and “no complaint” had been brought by her line manager‚ deputy vice-chancellor Lis Lange.

On Tuesday she wrote to Lange voicing her “alarm and distress” about the “defamatory comments” and how it had been intimated that she resigned over a financial scandal.

She wrote to Lange again on Wednesday‚ saying: “I am being vilified on the basis of lies — and I need you not to be silent in the face of this smear campaign.”

She told TimesLIVE: “It is my opinion that no prior dean [I am the first black dean at UCT Law] has been subjected to this level of vilification and mistrust‚ and I am being punished for shedding light on several issues that have made some in the law faculty uncomfortable.”

After being told students would be able to take a break during evening exams to pray during Ramadaan‚ University of Cape Town fourth-year student ...
News
3 years ago

The founder and director of Africa’s first integrated drug discovery centre‚ Professor Kelly Chibale‚ has been named as one of Fortune magazine’s 50 ...
News
3 years ago

She said the issues about which she had been outspoken included transformation‚ race and student leadership.

Another faculty member whose name appears on overseas travel line items in the leaked documents is Sashni Chetty‚ an administrative staffer who UCT Law Leaks claimed is a “close friend” of Andrews.

For bursaries and scholarships‚ R599‚000 was budgeted but only around R460‚000 spent‚ and the anonymous whistleblower said the R140‚000 left over could have funded several students.

“The law faculty board was asking for these financial statements to be released for months” because “they thought something was going on” but Andrews “didn’t want to release them”‚ the account owner tweeted.

Andrews was then allegedly asked to leave but “resigned when she saw she had no choice”.

At the time of her resignation‚ then vice-chancellor Max Price issued a statement saying she was leaving because she had been “offered a fellowship at Columbia University” in the US.

UCT was “very sad” to lose her‚ he said‚ and she had been valued for her “constructive yet critical support of the executive”.

On Wednesday‚ UCT denied the allegations that funds had been mismanaged‚ saying “the overall financial position of the faculty is sound and stable”.

Spokesman Elijah Mohola said: “The allegations in the posts of financial misconduct by Professor Andrews in relation to her business travel‚ in particular‚ are denied.”

The university said overspending and underspending were “natural” in the budget process and the faculty board “under the leadership of the acting dean has dealt appropriately with issues of variances in budget spend in the faculty”.

In an in-depth interview with TimesLIVE during Fees Must Fall activities in 2016‚ Andrews advised students: “I know exactly what it takes to give yourself options in life and I am going to try my damnedest to get the students to work hard‚ be principled‚ and have high expectations of themselves.”

She added: “I grew up in places like Bonteheuwel and Kensington. I know what it takes to overcome all that to get a tertiary education. The students are the whole reason we have universities‚ so I am never going to stop my support for them.”

The new vice-chancellor of the University of Cape Town is Professor Mamokgethi Phakeng.
News
3 years ago